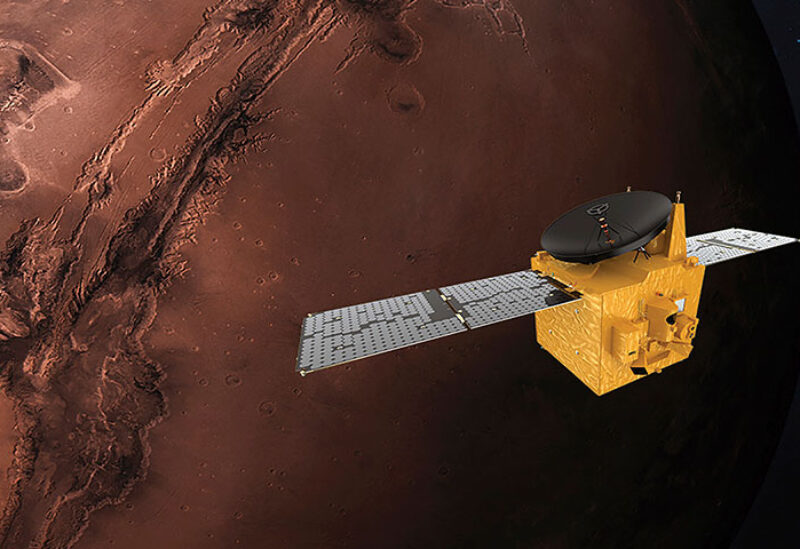 The United Arab Emirates’ Mars probe has started its two-year data-gathering mission from the red planet. Hope Probe will examine the different layers of Mars’ atmosphere using a mix of visible-light, infrared, and ultraviolet cameras.

The news was announced on Twitter on Sunday by Sarah al-Amiri, the UAE’s Minster of State for Advanced Technology.

Since April 14, the probe has been calibrating its instruments to prepare to gather data.

The probe survived a risky maneuver to enter a second, slower orbit on March 29, allowing it to begin its main objective of gathering images of the atmosphere.

It aims to measure the depth of surface ice; levels of carbon monoxide and oxygen in the atmosphere; and distribution of dust, ice clouds, water vapors, and temperatures in the lower atmosphere.

The elliptical orbit of the Hope Probe enables a high resolution image of the entire planet to be taken each 225 hours (9.5 days).