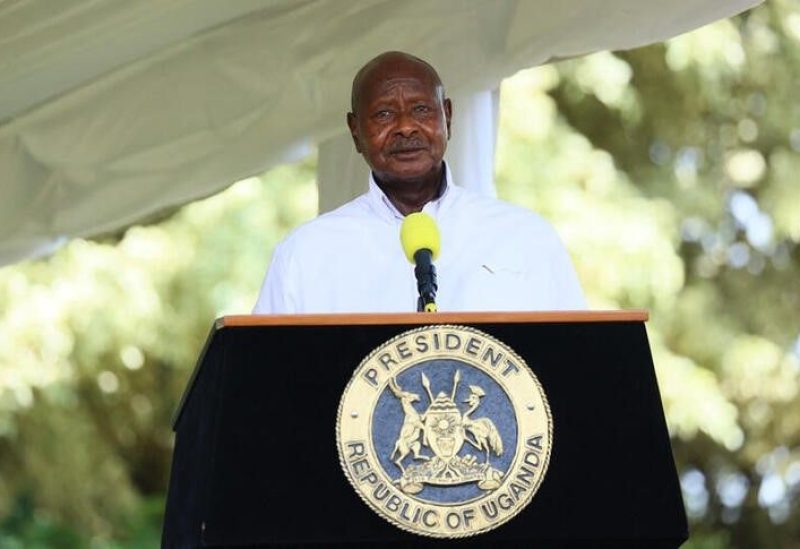 President Yoweri Museveni said on Tuesday that Uganda’s efforts to contain an Ebola outbreak were beginning to bear fruit, and that the country had tightened restrictions in the outbreak’s epicenter to further slow the rate of infections.

He said in a televised speech that two districts where the deadly haemorrhagic fever had previously spread were now free of the disease after completing the virus’s 42-day – or two incubation cycles – without a case.

“Bunyangabo and Kagadi districts have been dropped from the follow up list. “So I want to congratulate Kagadi and Bunyangabo.”

Overall cases were falling, but some infected people were still slipping through a quarantine imposed on Mubende and Kasanda districts – the epicentre of the outbreak in central Uganda – and travelling to other regions and exporting cases there, Museveni said.

On Sunday, health minister Jane Ruth Aceng said an Ebola case had been confirmed in Jinja in the country’s east, the first time the outbreak had spread to a new region of the country from central Uganda where cases have been confined so far.

Museveni said while residents of Mubende had largely observed quarantine, those in Kasanda had flouted some rules, including a family that exhumed a relative who had died of Ebola for reburial, leading to more deaths.

Museveni also banned the movement of log transport trucks into and out of the two districts after it was established they were being used to smuggle people out of the quarantined areas.

He said authorities had handed names of all contacts of Ebola cases to immigration services at borders to prevent them from potentially travelling and exporting cases in other countries.

“Government is doing all it takes to control this epidemic and avoid exportation outside Uganda.”

The virus circulating in Uganda is the Sudan strain of Ebola, for which there is no proven vaccine, unlike the more common Zaire strain that spread during recent outbreaks in neighbouring Democratic Republic of Congo.

The east African country has so far recorded 141 cases and 55 deaths. The outbreak was declared in the country on Sept. 20.