Uganda’s president seeks to boost trade and rein in borrowing 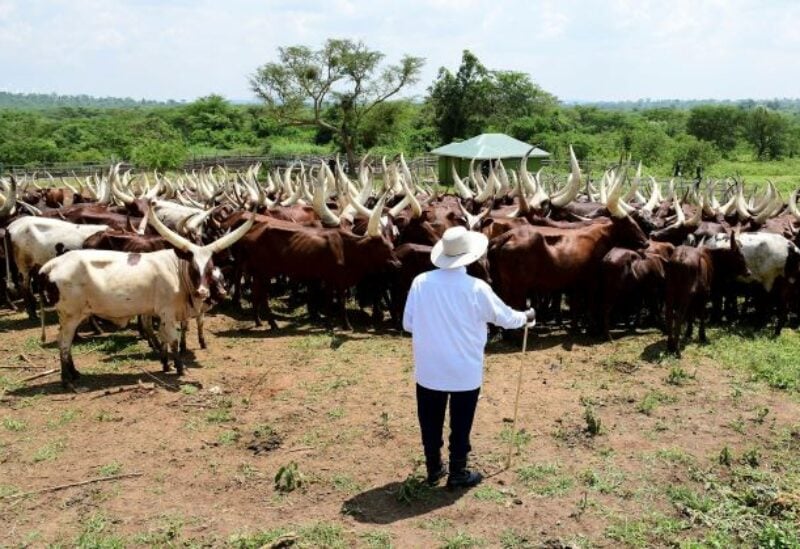 Uganda intends to reduce borrowing and increase exports of meat and dairy as the East African country eases restrictions imposed by the coronavirus outbreak, according to President Yoweri Museveni and government officials.

Uganda’s trade drive comes after many years of reduced Chinese funding to the continent, and as programs aimed to help debtor nations recover from COVID 19-induced slumps come to an end.

“In my perspective, Uganda can perform much better without borrowing. Borrowing for… budget assistance, balance of payments support, etc “Museveni told Reuters under a tent on his own property as a big herd of his Acholi cows passed by.

Museveni said he wanted to expand the country’s meat, leather and dairy trade and add value to other agricultural exports such coffee, which has long been one of Uganda’s main foreign exchange earners.

“We don’t import milk, we don’t import beef, we have now built a leather industry for the shoes,” Museveni said, using a stick to gently poke back the head of one inquisitive cow taking a peek inside the tent.

In 2009, Uganda produced nearly 700 million litres of milk and there was only one other major dairy company apart from the state-owned Dairy Corporation.

Odrek Rwabwogo, Museveni’s son-in-law, a businessman and senior presidential adviser, said Uganda “only consumes about 800 million litres and is looking for markets for the excess”.

Museveni wants to expand regional trade, but many barriers remain despite there being a free trade agreement in the region.

Uganda used to sell lots of milk to neighbour Kenya, but Kenya restricted sales in 2019 and Uganda’s milk exports are now 50% of what they used to be before the curbs.

Uganda says the restrictions were imposed due to concern about cheap imports despite the regional free trade treaty. Kenyan trade officials did not return calls seeking comment.

Uganda has also recently begun exporting meat to Democratic Republic of Congo and China, Rwabwogo said, and wants to partner with the European Union, Britain or other potential importers to ensure import quality standards could be met.

Museveni reiterated that he would like rich creditors to cancel debts from African nations recovering from the economic fallout of the pandemic.

“I don’t think it is good Christianity or even good economics to impoverish your customer. Economics and morality point in the direction of debt cancellation,” he said.

Uganda’s total public debt jumped 27.4% to $19.5 billion by June 2021 from $15.3 billion a year before, most of it to build big infrastructure projects, said Finance Ministry spokesman Apollo Munghinda. About $12.4 billion of that is external debt.