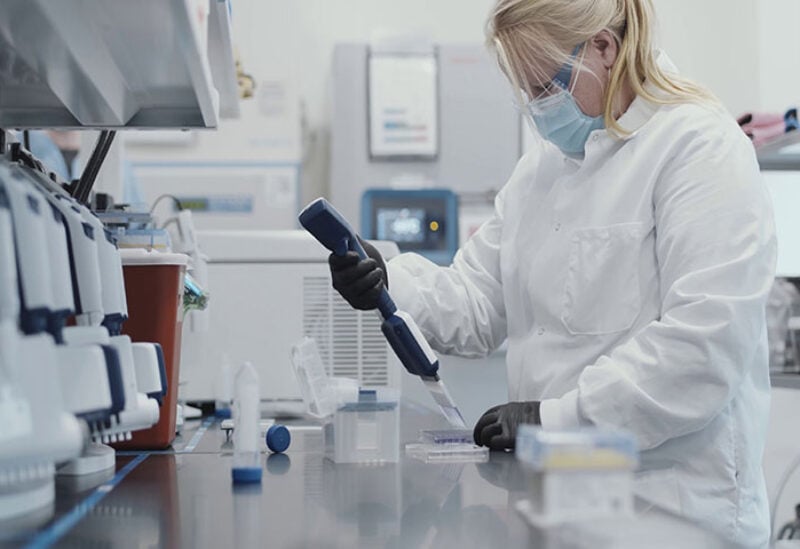 Baseimmune, A UK biotech company, is designing vaccines that are future-proof against different strains of viruses. The company was founded by a group of University of Oxford scientists, has raised $944,409 to create vaccines with the potential to provide immunity against all future strains, including coronavirus.

It uses artificial intelligence (AI) and big data to predict how viruses will change, and to identify “future-proof” antigens that will form key elements of the next generation of vaccines.

The emergence of new variants is one of the major difficulties in fighting the Covid pandemic, with the threat of mutations described as a “danger zone”.

Current vaccines may not offer the same immunity against mutated strains. Europe has been particularly badly hit after the UK variant spread.

As well as Covid, it is designing vaccines for malaria, HPV and others. Baseimmune revealed that it is working on the world’s first multi-genotypes therapeutic vaccine against HPV, designed to prevent those infected from developing cervical cancer.

The team previously designed more than 15 vaccines, with two in human clinical trials. They have also initiated the pre-clinical development of a number of their own vaccine candidates, including a universal Covid vaccine and a veterinary vaccine against African swine fever virus.

Baseimmune’s technology delivers plasticity into vaccines “so that they are able to protect against future variants and circulating strains”, it said.

The biotech start-up is working with world leading academics to build revolutionary vaccines and has five antigens in various stages of development.

These include a candidate vaccine for human infectious disease in collaboration with Vaccitech, the Oxford company that helped to develop the AstraZeneca vaccine, and a revolutionary malaria vaccine in development with Imperial College London.

Dr Josh Blight, chief scientific officer and co-founder, said: “Pathogens are a bit like dartboards and the vaccine the dart. The problem is that the dartboard keeps moving, sometimes we manage to hit them whilst others we can never hit in time.

“We are seeing this now with reduced vaccine efficacy against emerging Covid variants. At Baseimmune, we’re changing this by designing vaccines that know where the dartboard will be next.”

“We harness sophisticated computation to globally monitor pathogen evolution and pathogenicity to generate a single vaccine which protects against current and future unknown emergence strains, while targeting critical regions within the pathogen to generate a protective and future-proof vaccine. We call this vaccines with plasticity. Imagine only needing one flu shot instead of one every year, that’s vaccines with plasticity.”

Its funding is led by by Creator Fund, the pan-European university venture capital fund, and includes Mike Watson, former president of Moderna’s infectious disease spin-out with the support of Vaccitech and the University of Oxford. Maki.vc and Rockmount Seed Investments are also involved.