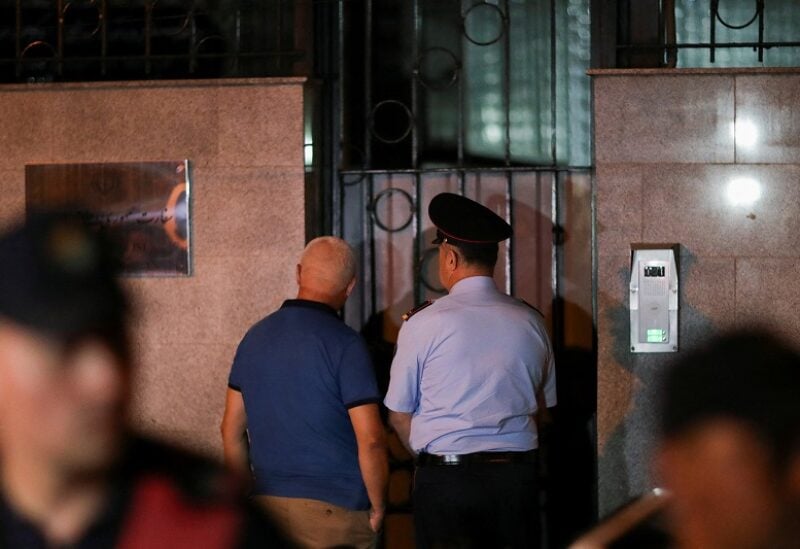 Police officers stand in front of the Embassy of the Islamic Republic of Iran as Albania cuts ties with Iran and orders diplomats to leave over cyberattack, in Tirana, Albania, September 7, 2022. REUTERS/Florion Goga

The Iranian cyberattack against Albania’s government was condemned by the UK on Wednsday. The attack destroyed data and disrupted essential government services, including booking medical appointments and enrolling schoolchildren.

“The UK is supporting our valuable partner and NATO ally. We join Albania and other allies in exposing Iran’s unacceptable actions,” the minister added.

The UK’s National Cyber Security Center said that Iranian state-linked cyber actors are almost certainly responsible for the series of cyberattacks against Albanian government infrastructure from July 15 which caused significant impact to online public services and other government websites.

The websites of the Albanian parliament and the prime minister’s office, as well as a portal that Albanians use to access a number of public services, were attacked and subject to a shut down. The attackers also leaked Albanian government data, including details of emails from Prime Minister Edi Rama and the Ministry of Foreign Affairs.