UK exports and imports to EU dwindle in January 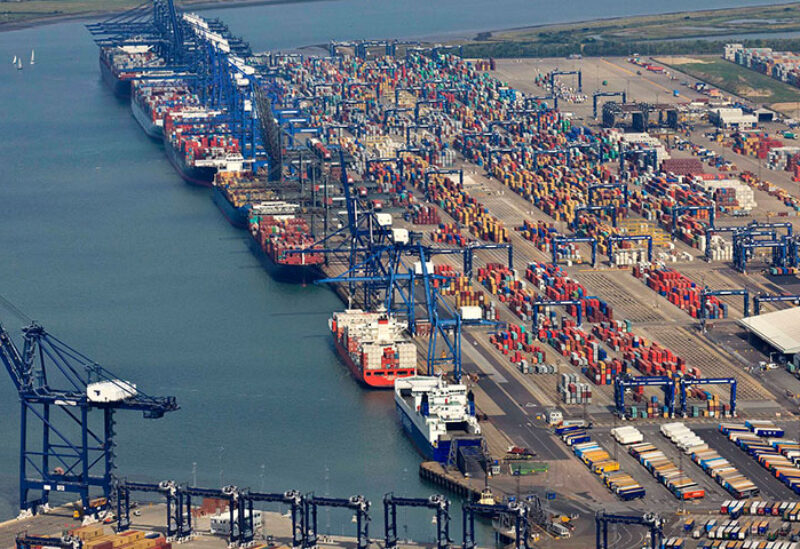 UK goods exports to the European Union fell 41percent in January, according to the Office for National Statistics (ONS), while imports tumbled 29 percent.

The figures are the first since the introduction of new trading rules between the UK and the EU. Despite the sharp fall, the ONS said it was “likely the result of temporary factors”.

Meanwhile, new data showed the UK economy shrank by 2.9 percent in January as the third lockdown came into force.

The economy is 9 percent smaller than it was before the start of the coronavirus pandemic.

The ONS said January’s fall was a “notable hit” albeit smaller than some had expected.

Retailers, restaurants and hairdressers were all affected by the latest Covid-19 lockdown.

“Manufacturing also saw its first decline since April with car manufacturing falling significantly,” said Jonathan Athow from the ONS.” However, increases in health services from both vaccine rollout and increased testing partially offset the declines in other industries.”

Economic activity in health increased by 8.7 percent , mainly through Covid testing and vaccine schemes. Athow also pointed to a fall in both imports and exports to the EU, which fell “markedly” in January.

The end of the Brexit transition period occurred as a new strain of Covid-19 emerged in the UK, requiring lorry drivers to take tests to cross the border at the English Channel.

Falls in goods coming into the country were largely seen in machinery and transport equipment, and chemicals from the EU. The ONS said this was particularly seen in car imports, as well as in medicinal and pharmaceutical products.

However, the ONS said that other more recent data has shown that trade levels have recovered to some extent and it advised against reading too much into the January data.

It said companies had been stockpiling ahead of the end of the transition period, and may have been using their stock instead of buying new goods in January.

“Despite the slow start for trade in January 2021, data… suggests that importing and exporting began to increase towards the end of January,” the ONS said.

It said the number of businesses saying they were unable to export had fallen by 5.4% and those saying they could not import fell by 3% between the middle and the final week of January.