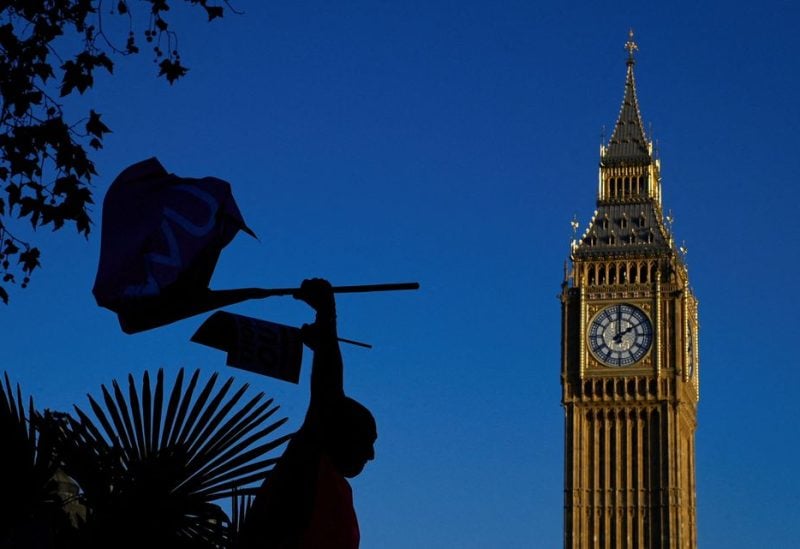 A Royal Mail worker holding flags is silhouetted as members strike over pay and conditions, outside of the Houses of Parliament in London, Britain, December 9, 2022. REUTERS/Toby Melville

The United Kingdom lost 417,000 working days to labour disputes in October, the highest since November 2011, the Office for National Statistics said on Tuesday.

Workers across a range of sectors have gone on strike in recent months, from rail workers to teachers, postal staff to lawyers, as pay rises fail to keep pace with double digit inflation.

Strikes are due to take place nearly every day in December, with widespread disruption on the railways on Tuesday as rail workers begin their latest 48-hour walkout. Nurses are due to strike on Thursday for the first time in their union’s history.

The government has warned hiking pay to match inflation will only worsen the problem.

“Any action that risks embedding high prices into our economy will only prolong the pain for everyone, and stunt any prospect of long-term economic growth,” finance minister Jeremy Hunt said on Tuesday.