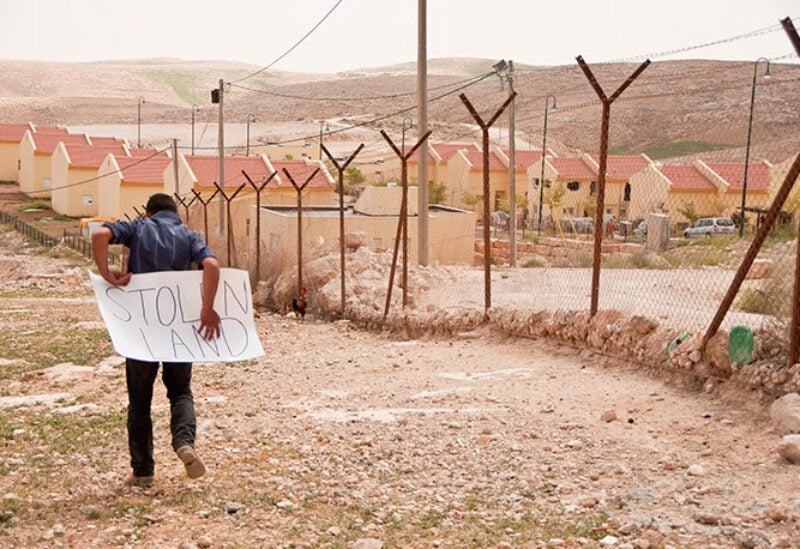 Distribution of two school textbooks in the UK on the Israeli-Palestinian conflict has been paused after a report called their content “dangerously misleading.”

The books, “Conflict in the Middle East” and “The Middle East: Conflict, Crisis and Change,” were subject to significant revisions last year after complaints from the Board of Deputies of British Jews.

But an investigation by two British academics, Prof. John Chalcraft and Prof. James Dickins — members of the British Committee for the Universities of Palestine — found that the revisions “overwhelmingly … favor an Israeli narrative, and remove or replace (information) that supports Palestinian narratives.”

Their report found an average of three changes per page, with incidents of Arab or Palestinian violence “systematically added or intensified,” while incidents of Israeli violence had been toned down or removed from the text completely.

Charlcraft said: “The overall effect (of the changes) is to make these books dangerously misleading.”

The textbooks’ publisher Pearson said in a statement: “Our core editorial principle is to support the teaching of this important period in Middle East history in a fair, neutral and balanced way. We welcome feedback but we have robust processes in place to review any feedback — this is particularly important for such a sensitive period of time in history.”

It added: “We commissioned an independent review of these books last year and the changes made were based on the outcome of that review. We stand by our texts but had already taken the decision to pause further distribution while we discuss further with stakeholders.”

Eugene Rogan, professor of modern Middle Eastern history at the University of Oxford, told The Independent: “Given Britain’s historical responsibility, it is particularly important that the (Israeli-Palestinian conflict) be taught in a way that is impartial and objective.”

He added: “It is a betrayal of such objectivity to allow Israel advocates the opportunity to edit teaching materials without giving Palestine advocates an equal opportunity to provide input. The result can only undermine confidence in the impartiality of the teaching of an intensely complex and sensitive issue.”