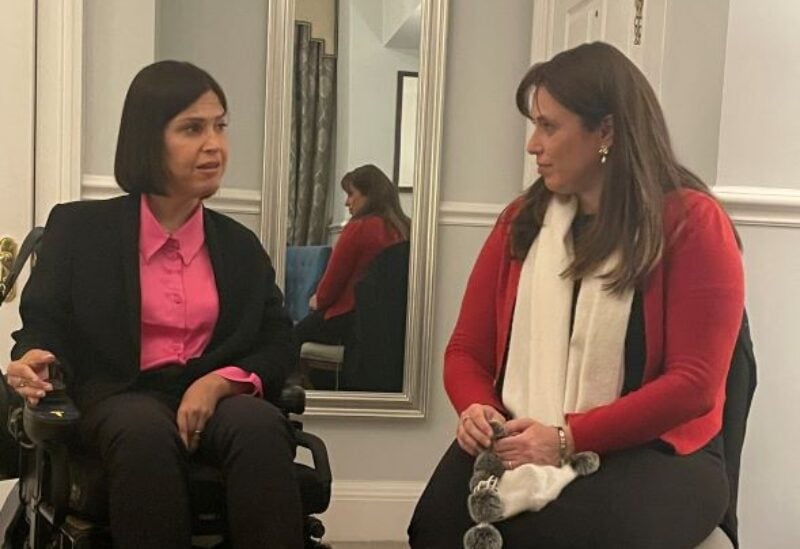 British politicians criticized the intimidation of the Israeli envoy in London by pro-Palestinian protestors who booed and yelled at her as she left a university after a debate with students on Wednesday.

Priti Patel, the Interior Minister, expressed her dismay over Tzipi Hotovely’s treatment late on Tuesday following an event organized by a student debating society at the London School of Economics.

“Antisemitism has no place in our campuses or in our country,” Patel tweeted. “I fully support the police in their investigation of this heinous crime.”

Hotovely said the debate itself had been “excellent” and she would not be intimidated.

“I will continue to share the Israeli story and hold open dialogue with all parts of British society,” she tweeted.

Reports in several British media said a large crowd had gathered outside the building during the debate.

Video footage showed Hotovely emerging and being swiftly bundled into her car while security men jostled with protesters trying to rush towards it. Jeering, booing and cries of “aren’t you ashamed?” could be heard.

“This is deeply disturbing. I am so sorry Ambassador Hotovely,” Zahawi wrote on Twitter, adding that Jewish students at the LSE would have been “deeply shaken”.

There had been calls by pro-Palestinian activists before the debate for Hotovely’s invitation to speak at the event to be cancelled.

The debating society is due to host Husam Zomlot, the Palestinian ambassador to Britain, on Thursday.

British media reported that the protesters specifically targeted Hotovely, who was appointed by former Israeli prime minister Benjamin Netanyahu and has expressed views against Palestinian statehood and in favour of Jewish settlements in Palestinian territories.