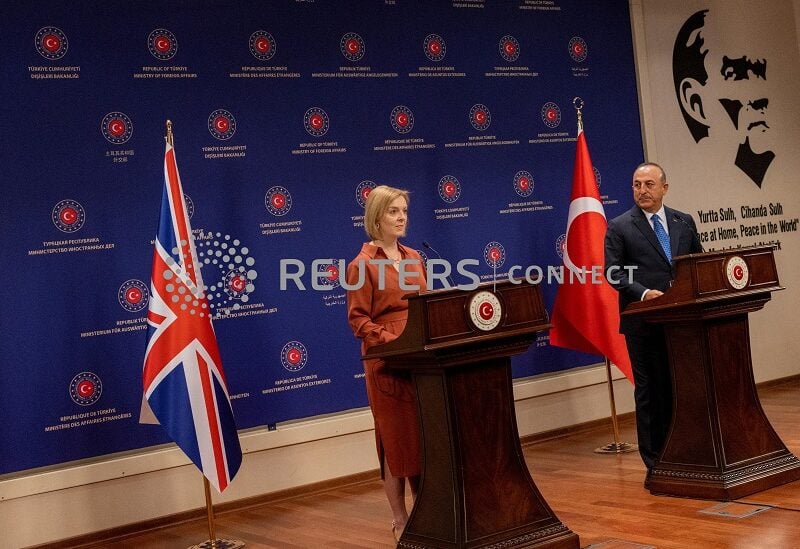 On the eve of a major summit of the alliance next week, UK ministers visited Turkey on Thursday to discuss NATO policy and possible sales of military equipment

Turkey opposes Swedish and Finnish admission to the alliance because of what it claims is Stockholm’s support for outlawed Kurdish groups.

Earlier in June, Kurdish activists at a rally in Sweden showed images of Abdullah Ocalan, a founding member of the Kurdistan Workers’ Party, or PKK, which is banned by Turkey as a terrorist organization.

In response to the protests, Ankara said it would block Swedish admission to NATO, a move that angered US lawmakers, who have threatened to halt a deal to sell F-16 fighter jets to Turkey.

Turkey was also removed from the F-35 jet program after its purchase — in violation of US sanctions — of Russian S-400 anti-aircraft systems.

As part of the UK-Turkey talks, Wallace met his counterpart Hulusi Akar in Ankara. The UK is reportedly pushing for sales of the Eurofighter Typhoon jet amid rumors of a threat to the F-16 deal.

A UK Ministry of Defense spokesman said: “The defense secretary is meeting his counterpart in Turkey today for routine bilateral talks on cooperation and security issues ahead of the NATO summit next week.”

The visit comes amid a flurry of diplomatic activity in the region. Israel’s foreign minister also visited Ankara following the Saudi meeting.