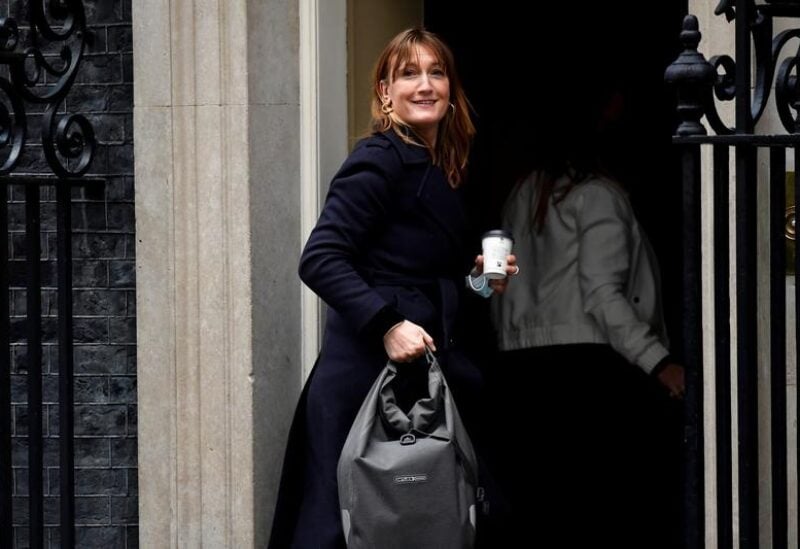 Britain’s opposition Labour Party called on Tuesday for an investigation into whether Prime Minister Boris Johnson’s press secretary “knowingly misled” journalists over the refurbishment of his official Downing Street flat.

Dominic Cummings, who was Johnson’s key adviser on the Brexit campaign and helped him to win an election in 2019 before a bust-up last year, said on Friday that Johnson wanted donors to secretly pay for the renovation and he told the prime minister such plans were “unethical, foolish, possibly illegal”.

Labor deputy leader Angela Rayner wrote to Simon Case, the head of the civil service, asking him to investigate Johnson’s then-press secretary’s answers to reporters about the affair earlier this year. Allegra Stratton, an ex-BBC journalist, was Johnson’s press secretary from October until last week.

At a briefing for journalists last month, Labor said Stratton said: “Conservative Party funds are not being used to pay for any refurbishment of the Downing Street estate.” But it has since been reported by British media that the refurbishments were funded via a loan from the Conservative Party.

“As a special adviser, Allegra Stratton is bound by the Civil Service Code, which sets out standards of integrity and honesty required from public officials,” Rayner said in a letter to Case.

“I would urge you to build into your review an investigation into whether the former press secretary knowingly misled journalists and the public, or was misled herself by senior members of the government who seem intent on a cover-up.”

A spokesperson for Johnson said money from the Conservative Party is not currently being used to pay for the refurbishments – without saying if it had been used in the past.

“Any costs of wider refurbishment this year beyond those provided for by the annual allowance have been met by the prime minister personally,” the spokesperson said. “Conservative Party funds are not being used for this.”