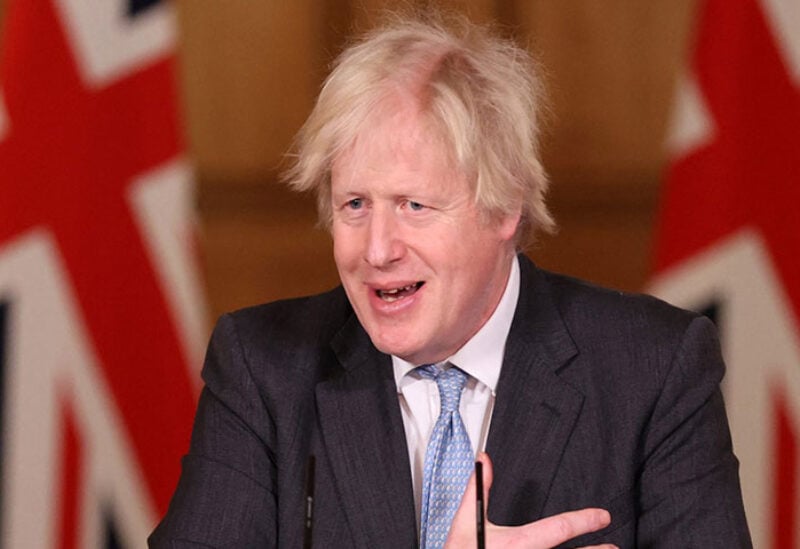 UK Prime Minister Boris Johnson will receive his first dose of the Oxford-AstraZeneca Covid-19 vaccine after reassuring the public it was “safe”.

Johnson, 56, has urged people to get inoculated and said England’s roadmap out of lockdown was “on track”.

He said there was “no change” to the plan despite a drop in vaccine supply.

Several European countries are to resume using AstraZeneca jab after the European Medicines Agency (EMA) confirmed it was “safe and effective”.

The regulator reviewed the vaccine amid fears about blood clots, but said it was “not associated” with a higher risk and the benefits outweighed any risks.

Johnson told a Downing Street conference on Thursday that the AstraZeneca jab was safe but “the thing that isn’t safe is catching Covid, which is why it is so important that we all get our jabs as soon as our turn comes”.

The prime minister was himself treated in hospital for Covid-19 the first wave of the pandemic.

“The way to ensure this [lockdown easing] happens is to get that jab when your turn comes, so let’s get the jab done,” he said.

Prof Chris Whitty, chief medical officer for England, said there were “anecdotal reports” of small numbers of people not turning up for vaccine appointments following the controversy over the AstraZeneca jab in Europe.

But he said he expected many of those would decide to get the jab after “a pause for thought”, adding that Covid was still a “very dangerous disease”.

“People dying, people getting significant blood clotting problems, that’s one of the risks of Covid, people having long-term physical and mental effects from Covid,” he said.

Johnson said England’s progress towards leaving restrictions on daily life was “unchecked” by vaccine supply issues, where fewer doses have arrived from India than initially expected.

There were often delays with vaccine rollout program, he said, and he stressed the Indian government had not stopped any exports.