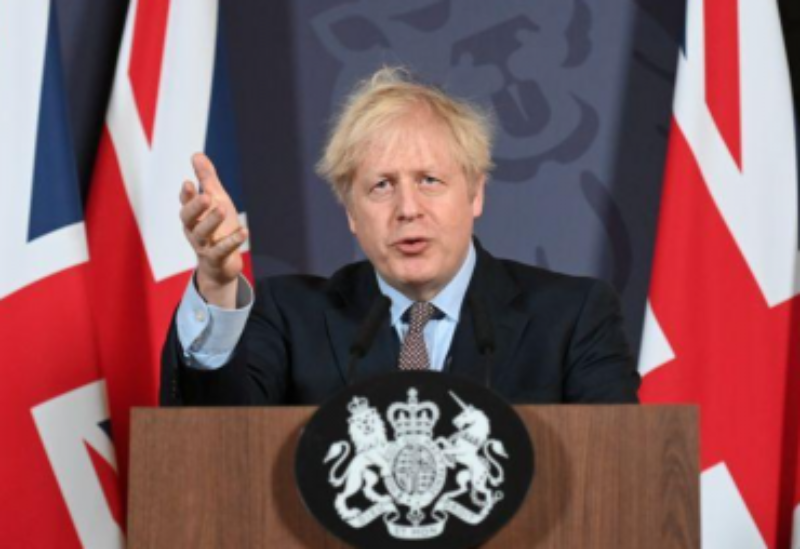 Boris Johnson, the British Prime Minister, plans to reopen England’s economy from the coronavirus lockdown on July 19, but several of the scientists whose advise he has followed thus far are concerned.

Despite having one of the highest vaccination rates in the world, Britain is facing a fresh COVID-19 outbreak. Johnson is taking a risk: rather than shutting down the country, he plans to live with the virus in a world-first test of vaccines’ potential to defend against the Delta form.

After warning that many more people could die due to the quick spread of the more virulent variety, Johnson has already postponed the so-called “independence day” by four weeks to allow more people to get vaccinated.

Johnson has designated July 19 as the “terminus” date for limitations, citing the fact that more than 86 percent of individuals have now had a first dose and nearly two-thirds of adults have been fully vaccinated.

Johnson’s initial decision to postpone “independence day” was based on one of the models developed by Imperial College epidemiologist Anne Cori, who felt it was premature to conclude that the country could live with rising cases. She told Reuters that delaying the removal of limitations would be good.

“I believe that delaying buys time, and we have interventions in the pipeline that may assist minimize transmissibility,” Cori added, pointing to booster doses and the possibility of kid immunization, which Britain has yet to decide on.

Over a hundred scientists have written to the Lancet medical journal, calling Johnson’s intention to abolish all limitations “dangerous and premature,” as well as “unethical and illogical” to tolerate high levels of infection.

Johnson’s government, on the other hand, claims to be considering more than simply the epidemiological perspective, and is prepared to see more COVID deaths.

New health minister Sajid Javid has cited other health, education and economic issues that have built up during the pandemic as driving the need to return to normal, even if cases could reach 100,000 a day.

An intense debate has erupted between those who believe that the summer school holiday holds the best hope for lifting restrictions this year, and those who believe that Johnson – accused of having brought on one of the world’s highest fatality rates by waiting too long to order previous lockdowns – is making another mistake.

In the case of the highly contagious Delta variant, vaccines appear to do a better job of preventing deaths and severe disease than of halting transmission. As a result, while Britain has been experiencing a sharp rise in cases this summer, deaths have not risen as quickly.

Infections on a seven-day average have now exceeded 25,000 a day, more than 10 times the level in mid-May. So far, however, the average number of fatalities per day has held below 30 since mid-April, proof, say scientists, that vaccines are saving lives.

Still, there are warning signs: Britain is currently seeing about 350 hospitalizations a day from COVID-19. While that’s a fraction of the rate at comparable points in previous waves, it is up around 45% over the last 7 days.

In Israel, also among the world’s fastest countries to deploy vaccines and first to ease lockdown, infections have risen recently, prompting the government to consider reimposing some restrictions even though serious illness and deaths still remain low.

Tim Spector, a King’s College London epidemiologist who runs the research project ZOE COVID Symptom Study app, said he welcomed the government’s recognition that the population must learn to live with the coronavirus.

But he questioned steps such as announcing an end to the mandate to wear face masks, which costs nothing to the economy and could help protect vulnerable people as well as young people from the impact of long COVID.

“There are things we can all do, that don’t affect the economy … and I don’t think that’s been quite emphasized enough,” he told Reuters.

The British government is due to present updated models on July 12 from Imperial, Warwick and the London School of Hygiene and Tropical Medicine, the date that Johnson is expected to make his final decision on whether to lift restrictions a week later.

The position is delicate, according to David Spiegelhalter, chair of Cambridge University’s Winton Centre for Risk and Evidence Communication.

He told Reuters, “This is an experiment, and I think we’ve got to call it that.” “I appreciate Chris Whitty’s and others’ assessments that this is the right moment to do it if you’re going to do it.”