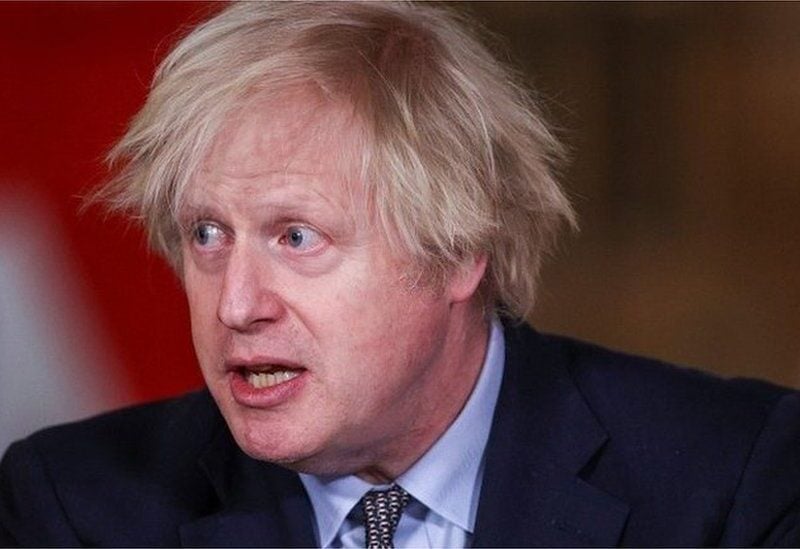 The UK’s prime minister refused former US President Donald Trump’s appeal to participate in airstrikes against Iranian proxies in Iraq last year, a former adviser to Boris Johnson has said.
Dominic Cummings, Johnson’s former chief aide, said Britain declined to participate in the strikes after an intervention from the government’s top lawyer.
The attorney general would have been called in to assess whether involvement in any airstrikes would be legal under British and international law, whether they represented a proportionate response, and whether they would cause undue civilian casualties.
Cummings did not explain the substance of the attorney general’s intervention against the strikes.
On March 11 last year, two Americans and one Briton were killed in a rocket attack on a coalition base in Iraq, which the US blamed on Kataib Hezbollah, a powerful Iraqi militia aligned with Iran.
Trump had wanted to respond quickly to the attack, and called on Britain to join the American response.
“In the morning of the 12th, suddenly, the national security people came in and said Trump wants us to join a bombing campaign in the Middle East tonight,” Cummings said, which forced London to host “two parallel sets” of crisis meetings, tackling the escalating coronavirus pandemic while also weighing up whether to join the American bombing sorties.
Although the UK declined to join the strikes, Defense Secretary Ben Wallace said on March 13 that it supported them.
“The coalition stands shoulder to shoulder in Iraq,” he added. “When we and others are attacked we reserve the right to defend ourselves.”