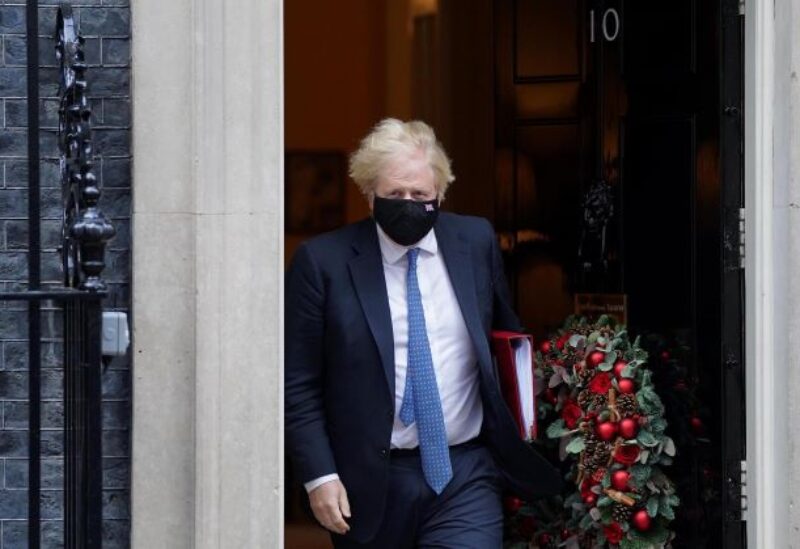 During a lockdown last year, a photograph showing British Prime Minister Boris Johnson and more than a dozen other people drinking wine in the yard of his Downing Street house does not indicate a party, according to his deputy.

Johnson is pictured with his wife Carrie, who looks to be holding their newborn boy, and two other individuals at a table with cheese and wine on a terrace in the Downing Street garden, according to the Guardian.

Another table of four individuals is nearby, and a larger group of people standing on the grass around a table with bottles of wine is a short distance away.

“That garden is a location of work for Downing Street,” Deputy Prime Minister Dominic Raab told Times Radio. “That isn’t a violation of the rules.”

The scenes depicted in the photograph add to the scrutiny on Johnson following revelations that his staff held a series of gatherings during COVID-19 lockdowns while the population was being told not to mix with others.

He has faced a barrage of criticism since a video emerged showing his staff laughing and joking about a Downing Street party during a 2020 Christmas lockdown when such festivities were banned.

Raab said the new photograph was taken on a day when the government had just held news conference and that sometimes staff had a drink after a long day in the garden. It was a work gathering, he said.

Johnson’s wife Carrie, Raab said, had popped down from the Downing Street flat to spend some time with her husband.

Besides anger over alleged parties, Johnson is grappling with a rebellion inside his party over the direction of his government which critics say is chaotic and has dramatically expanded the power of the state.

Brexit minister David Frost resigned on Saturday over disillusionment with the direction of the government.

“You know my concerns about the current direction of travel,” Frost told Johnson in a resignation letter released by Downing Street.

“I hope we will move as fast as possible to where we need to get to: a lightly regulated, low tax, entrepreneurial economy, at the cutting edge of modern science and economic change.”