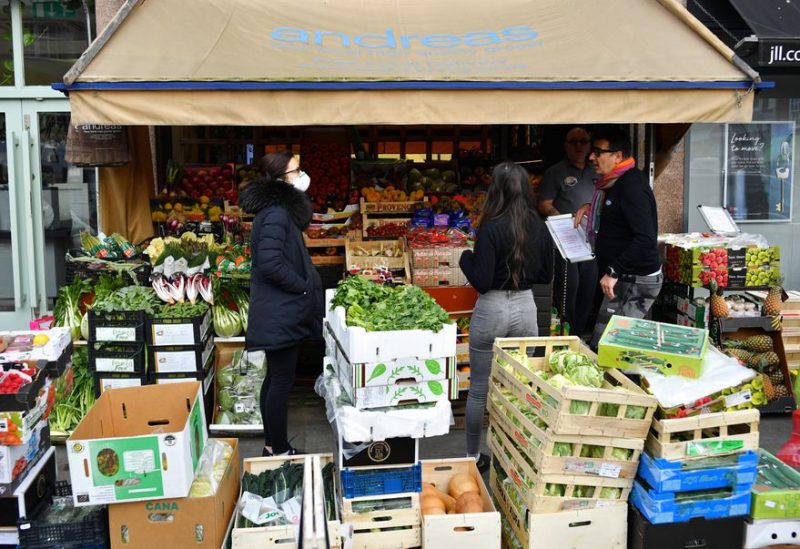 A woman in a protective mask is seen at Andreas Grocery store after it received a delivery of fresh fruit and vegetables, as the spread of the coronavirus disease (COVID-19) continues, in London, Britain, March 20, 2020. REUTERS/Dylan Martinez

British transport minister Mark Harper warned on Sunday that public sector pay will not be able to keep up with rising inflation as the nation deals with a wave of labor disputes.

The British transport system is seeing an increase in industrial action, and last week the Royal College of Nursing trade union in Britain announced dates for its members’ first strike in more than a century.

“We want to try and give all the workers in the public sector who work very hard decent pay rises. But they can’t be inflation-busting pay rises. There isn’t the money to pay for those. We haven’t seen those in the private sector either,” Harper told Sky News.

Finance minister Jeremy Hunt said state pensions and most benefits would rise in line with inflation in a budget statement on Nov. 17, but announced a longer-term plan for 55 billion pounds ($67 billion) a year of spending cuts and tax rises.

Frances O’Grady, general secretary of the Trades Union Congress, told the BBC that the Conservative government could raise public-sector pay in line with inflation if it increased capital gains tax on the sale of shares and second homes to match income tax rates.

“This is about political choices,” she said.

Lisa Nandy, a senior Labour Party lawmaker, told Sky News it would be premature for her party to commit to raising public-sector pay in line with inflation when it is next in office, and blamed current problems on Conservative economic mismanagement.

Harper said a meeting last week with the heads of Britain’s National Union of Rail, Maritime and Transport Workers (RMT) and Transport Salaried Staffs’ Association (TSSA) had been productive.

Harper said he wanted changes to employment practices in the rail sector – where Sunday working is optional – before agreeing more public funding.