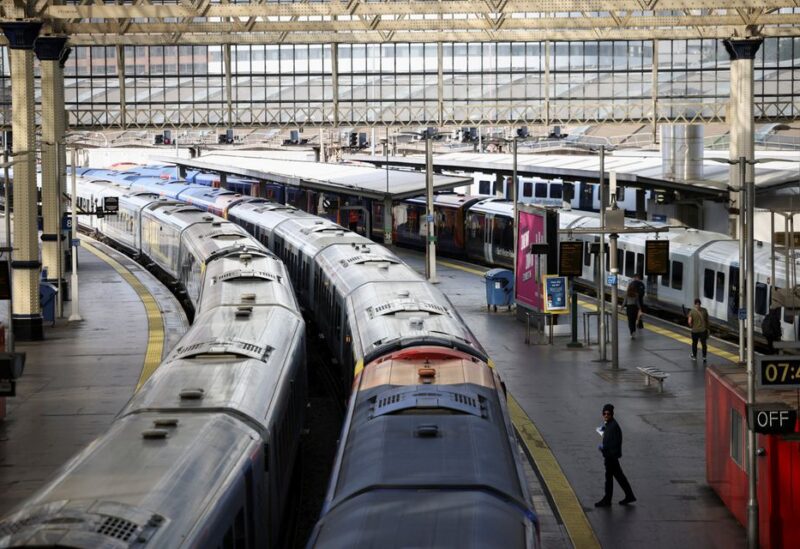 A view of trains on the platform at Waterloo Station as a station worker stands nearby, on the first day of national rail strike in London, Britain, June 21, 2022. REUTERS/Henry Nicholls

British rail workers and station staff will strike this month in disputes over wages and conditions, two unions announced the latest in a growing list of industrial disturbances as workers demand salary increases to keep up with skyrocketing inflation

After tens of thousands of striking employees nearly brought Britain’s rail network to a stop last month, the 24-hour walkout by members of the RMT and TSSA will take place on July 27, the unions announced on Wednesday. This will cause additional hardship for travelers during the summer break.

The RMT said Network Rail, the owner and infrastructure manager of most of the rail network in Britain, had made an offer of 4%, followed by a possible 4% the following year dependent on staff accepting changes to their contracts.

Inflation in Britain is due expected to rise above 10% later this year but the government has urged businesses to exercise restraint in pay settlements to avoid fuelling what it says would be an inflationary spiral.

“The offer from Network Rail represents a real terms pay cut for our members and the paltry sum is conditional on RMT members agreeing to drastic changes in their working lives,” general secretary Mick Lynch said in statement.

“Strike action is the only course open to us to make both the rail industry and government understand that this dispute will continue for as long as it takes.”

Transport Minister Grant Shapps criticised the union for rejecting the pay offer, saying in a statement that RMT was “hellbent on causing further misery for people across the country”.

The TSSA said its members in station roles at Avanti West Coast – the west coast mainline operator of routes, including London to Manchester, Birmingham and Glasgow – would strike on the same day to coincide with the RMT action.

Separately, the TSSA said 700 of its members working for other rail operators had voted in favour industrial action, but dates had not yet been set.

Earlier this week, other groups of British rail and transport workers also voted in favour of strike action.