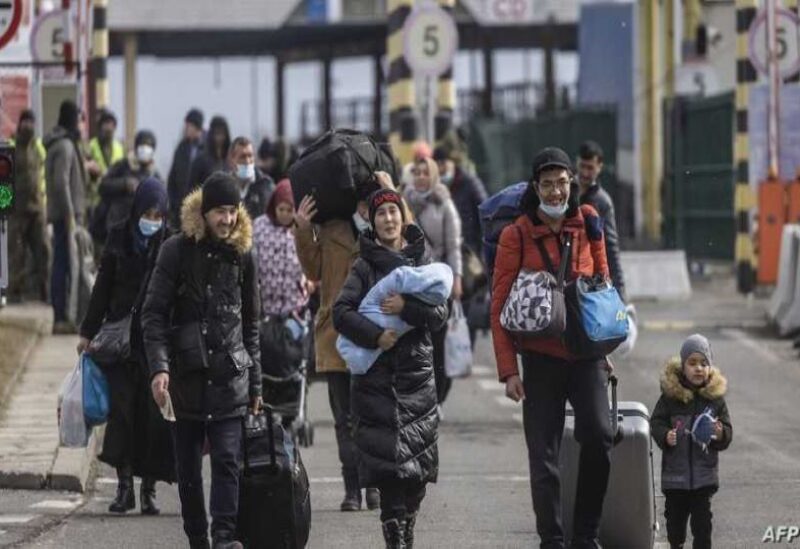 More information about a scheme to match Ukrainian refugees with persons in the UK who are interested in hosting them will be released later.

The website will subsequently go live, allowing people to indicate their interest in assisting and get a monthly “thank you” of £350.

Michael Gove, the Secretary of State for Levelling Up, said the scheme might help tens of thousands of displaced people.

Boris Johnson promised to “pursue new measures for supporting Ukraine’s self-defense,” according to No 10, and spoke of attempts to stop the conflict.

According to Downing Street, he also condemned the assassinations of US journalist Brent Renaud and countless other innocent Ukrainians.

President Volodymyr Zelensky has requested that the government provide 500 portable energy generators to be used in facilities such as hospitals and shelters that have lost power as a result of the invasion.

This week, Mr Johnson is hosting a series of meetings in London and Chequers with Nordic and Baltic leaders.

No. 10 says he will urge them to work together to ensure that Vladimir Putin’s aggressiveness does not affect any more countries.

People in the UK will be able to nominate an individual or family to live with them rent-free or in another house for at least six months under the Homes for Ukraine scheme.

Both hosts and refugees will be vetted, and applications will be submitted online. Hosts will be compensated £350 per month.

According to the BBC’s chief political correspondent Adam Fleming, the first hosts and refugees will be matched this week, allowing the first Ukrainians to arrive in the UK via this route in around two weeks.

Charities and churches will be permitted to sponsor refugees in the future, however there is no set start date for this part of the program.

Local governments will also receive an extra £10,500 per refugee for support services, including more for school-aged children.

While the NSPCC wanted the Homes for Ukraine program to start as soon as possible, it was concerned about safety checks on potential hosts.

“Vital child protection is incorporated into every stage of the government’s and local authorities’ response to this catastrophe,” the children’s organization said.

The administration has been chastised for the pace and scope of its response, particularly by its own MPs.

Danny Kruger, a Conservative MP, told the BBC that the Home Secretary “must accept responsibility” for the difficulties Ukrainian migrants have had in entering the UK.

Sir Keir Starmer, the Labour Party’s leader, called the UK’s refugee help “too slow, too narrow, and too harsh.”

Sir Ed Davey, the Liberal Democrat leader, said on Sunday that Home Secretary Priti Patel should be fired for managing the response with “incompetence, indifference, and simple inhumanity.”

The Home Office has defended the requirement for security checks on Ukrainians fleeing Russia’s invasion, claiming that it is necessary to ensure that the UK assists those who are truly in need.

It claims it has already witnessed people claiming to be Ukrainian when they are not.

According to the UN Refugee Agency’s latest estimates, more than 2.5 million refugees have fled the country as a result of Russia’s invasion, with another 1.85 million displaced within the country.

Meanwhile, the health secretary said that 21 Ukrainian youngsters with cancer will begin NHS treatment in the UK soon.