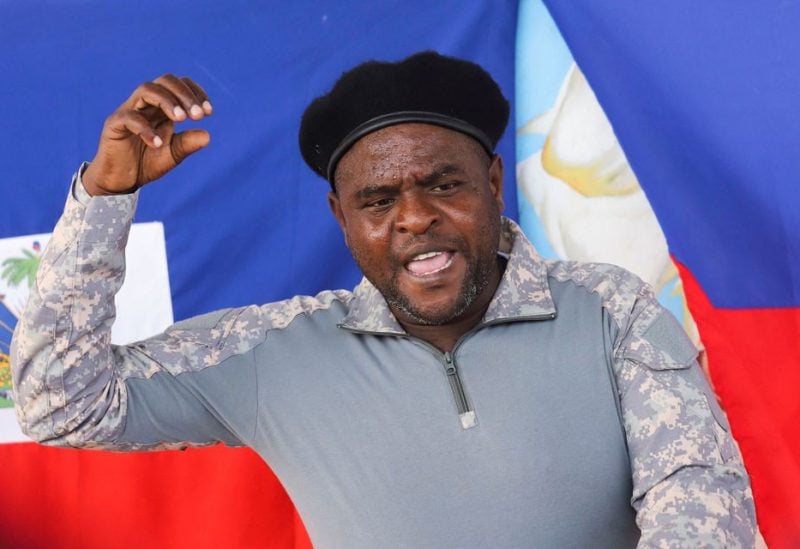 Jimmy "Barbecue" Cherizier, leader of the 'G9' coalition of gangs in the metropolitan area of Port-au-Prince, speaks to members of the media, in Port-au-Prince, Haiti October 26, 2021. REUTERS/Ralph Tedy Erol/File Photo

The government imposed an asset freeze and travel ban on Cherizier, the leader of the so-called G9 alliance of Haitian gangs, saying he had engaged in acts that “threaten the peace, security, and stability of Haiti”.

The government’s sanctions list called him “one of Haiti’s most influential gang leaders”.

Hundreds of people have been killed this year due to turf battles in Haiti, which has around 200 gangs of varying size that have become the de facto authorities in large parts of the capital Port-au-Prince.

The United States, along with Canada, also sanctioned two Haitian politicians, including the president of the country’s Senate, in November over what the Canadian government described as their operational support for armed gangs.