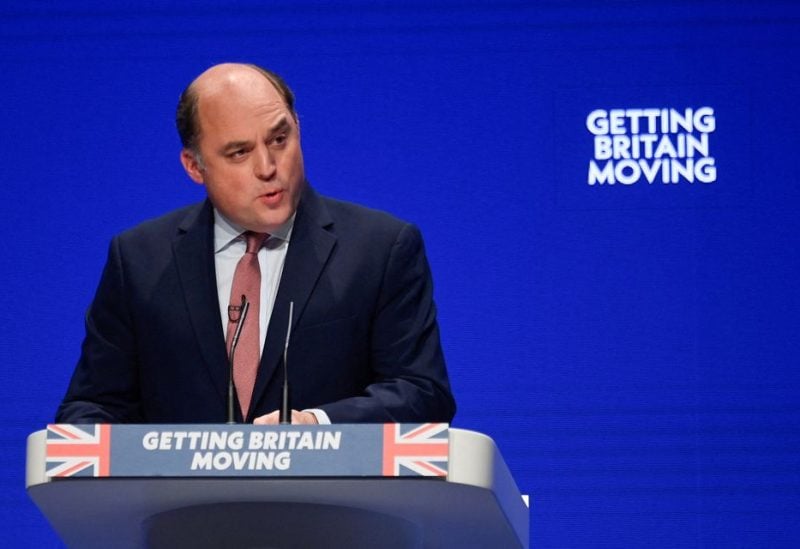 A Russian fighter jet appeared to accidentally launch a missile near a British spy plane that was unarmed and patrolling in international airspace over the Black Sea, according to UK defense minister Ben Wallace. The incident did not appear to be an intentional escalation of tensions.

While providing military and humanitarian aid to Kiev, Britain has denounced Russia for annexing Ukraine and imposed severe sanctions on Moscow. As a result, relations between the two countries are at an all-time low.

Wallace told parliament he had expressed the government’s concerns over the incident to Russian Defence Minister Sergei Shoigu, and in reply Russia on Oct. 10 said they had investigated and blamed it on a technical malfunction.

“We don’t consider this a deliberate escalation by the Russians, our analysis would concur it was a malfunction,” Wallace told parliament.

“However, it is a reminder of quite how dangerous things can be when you choose to use your fighters in the manner that the Russians have done over many periods of time.”

He said Russia acknowledged that the incident took place in international airspace, adding that patrols have now resumed, and British aircraft were now being accompanied by fighter aircraft escorts.

Wallace visited Washington earlier this week, prompting speculation as to whether a specific threat or piece of intelligence had prompted the trip.

Wallace repeated that there would be “severe consequences” for Russia if it used nuclear weapons in Ukraine, adding that he discussed Ukraine’s battlefield successes and the possible Russian response to them on the trip.

“I don’t think people should be alarmed by it,” Wallace said of the trip, adding he said he visited Washington to make sure that “we are all understanding our planning processes about what we would do in the event of a whole range of things.”

He emphasised that the incident with the Russian fighter and the UK “Rivet Joint” plane highlighted the risks of miscalculation in interacting with Russia.

“Calibration is incredibly important to me,” he said.

“We are dealing with a president and indeed a Russian forces who, as we’ve seen from the Rivet Joint incident, are not beyond making the wrong calculation or indeed deciding that the rules don’t apply to them.”