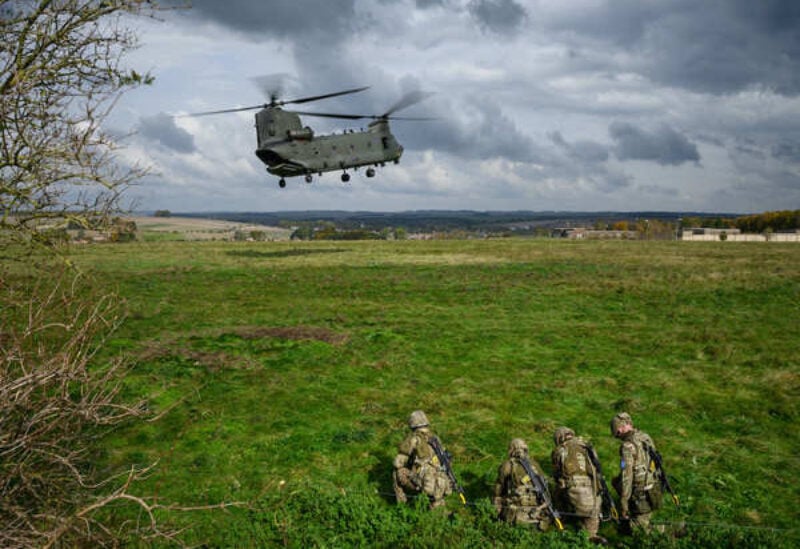 Britain wants to expand its influence among countries in the Indo-Pacific region to try to moderate China’s global dominance, a document laying out post-Brexit foreign and defense policy priorities said on Tuesday.

It sets out a planned increase to Britain’s nuclear arsenal to weigh against evolving global security threats, and underlines the importance of strong ties with the United States while naming Russia as the top regional threat.

Britain’s biggest foreign and defense policy review since the 1990 end of the Cold War sets out how Prime Minister Boris Johnson wants to be at the forefront of a reinvigorated, rules-based international order based on cooperation and free trade.

Calling the Indo-Pacific “increasingly the geopolitical center of the world”, the government highlighted a planned British aircraft carrier deployment to the region and said a previously postponed visit to India would go ahead in April.

“There is no question that China will pose a great challenge to an open society such as ours, but we will also work with China where that is consistent with our values and interests,” Johnson told parliament.

“The review describes how we will bolster our alliances, strengthen our capabilities, find new ways of reaching solutions and re-learn the art of competing against states with opposing values.”

But, responding to Johnson, opposition Labor leader Keir Starmer said the review had been built on “weakened” foundations, particularly after Britain threatened to break international law by undermining its divorce deal with the European Union.

“From Europe to the Indian Ocean, this government now has a reputation for breaking international law, not defending it,” he said.

Britain, the world’s sixth-largest economy, is dwarfed economically and militarily by China, but believes that via soft power and strategic alliances it can help persuade Beijing to play by the rules of a new, more dynamic international system.

Foreign Secretary Dominic Raab acknowledged Britain’s attempts to influence Beijing had been marginal so far, telling Times Radio it was better acting “in concert with clusters of like-minded countries…to have the maximum impact and moderating impact on China.”

The United States has also underlined the importance of the Indo-Pacific region under President Joe Biden, who took office in January, and warned against China’s growing assertiveness. The EU also hopes to deepen relations with countries in the Indo-Pacific.

The British government has long promised the “Integrated Review” will show that Britain, which completed its exit from the EU at the end of last year, still has international clout and will define a new era.

The document, however, will be scrutinized for evidence of how the government will deliver on Johnson’s promises as Britain copes with the economic and political fallout of withdrawing from the EU, the world’s largest trading and financial bloc, as well as the COVID-19 pandemic.

Britain said it would raise the upper limit on its nuclear warhead stock to 260 from 180, reversing a previously planned cut, and the report classified Russia as “the most acute threat to our security” in the Euro-Atlantic region.

“Until relations with its (Russia’s) government improve, we will actively deter and defend against the full spectrum of threats emanating from Russia,” the report said.

It took a more nuanced approach to China, calling Beijing’s increasing power and assertiveness the most significant geopolitical factor of the decade, and promising to challenge it where necessary and defend British national security.

In 2015, Britain’s then-finance minister, George Osborne, predicted a “golden” era in Chinese-British relations. But ties have since frayed over issues including Beijing’s security crackdown on former British colony Hong Kong and security concerns around Chinese investment in Britain.

The report also affirmed the importance of Britain’s relationship with the United States.

“The United States will remain our most important bilateral relationship, essential to key alliances and groups such as NATO and the Five Eyes, and our largest bilateral trading partner and inward investor,” it said.