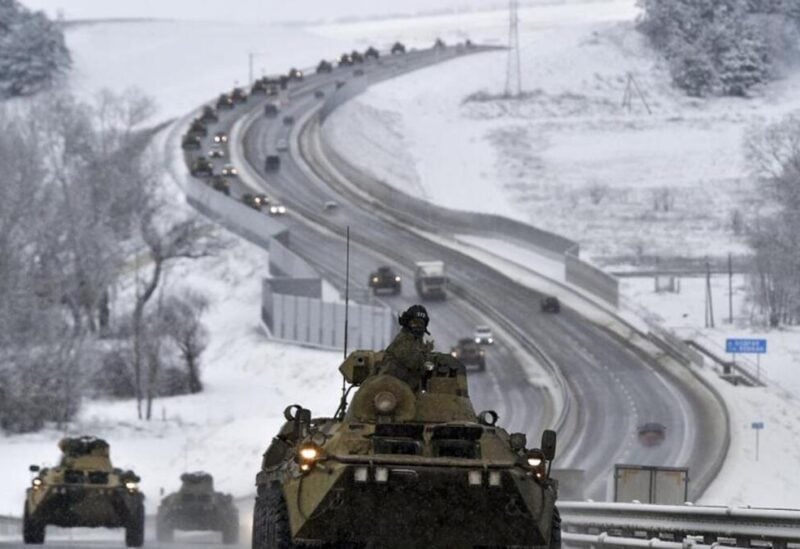 Seeing a video footage from Ukraine showing the British missile launchers destroying large numbers of Russian tanks and armored vehicles, a British official said he was satisfied with the weapons his country was sending to help the Ukrainian army against the Russian offensive.

Britain, along with the US, was one of the first countries to provide Ukraine with advanced “lethal” weapons described as “defensive” – weeks before the Russian military operation on February 24.

On March 9, the Minister of Defense, Ben Wallace, revealed that his country intends to supply military aid to the Ukrainian armed forces.

“In response to further acts of aggression by Russia, we have now increased that supply. I can update the House that, as of today, we have delivered 3,615 NLAWs and continue to deliver more,” Wallace told the House of Commons.

He indicated that the government would shortly start the delivery of a small consignment of anti-tank Javelin missiles.

“I want to assure the House that everything we do is bound by the decision to supply defensive systems and is calibrated not to escalate to a strategic level.”

The government has decided to explore the donation of Starstreak high-velocity, man-portable anti-air missiles.

“We believe that this system will remain within the definition of defensive weapons but will allow the Ukrainian forces to better defend their skies,” said the minister.

On Monday, Prime Minister Boris Johnson’s spokesman said that the Russian missile strikes on a Ukrainian base near the Polish border are deeply concerning but will not deter Britain from continuing to provide Ukraine with defensive weapons.

The announcement came after Russian missile strikes targeted a major Ukrainian base near the border with Poland that British soldiers used last year to train Ukrainian soldiers to use anti-tank missiles.

A spokesman for the British Foreign Office told Asharq Al-Awsat that the United Kingdom was the leading European country supporting Ukraine’s sovereignty.

He recalled that since 2015, British forces had trained more than 22,000 members of the Ukrainian armed forces, and the government approved a £1.7 billion loan to develop Ukraine’s maritime capabilities.

He noted that the European Union and many other countries have begun sending defensive weapons to Ukraine.

The spokesman clarified that the UK remains a solid supporter of Ukraine’s request for NATO membership per the NATO Bucharest Summit Declaration in 2008.

At the Bucharest Summit, NATO Allies welcomed Ukraine’s and Georgia’s Euro-Atlantic aspirations for membership and agreed that these countries would become members of NATO.

The spokesman noted that Ukraine has the right to choose its alliances, its future, and Russia, according to its repeated agreements, has no right to dictate that choice on the Ukrainians.

The British support for Ukraine also extends to other non-military areas.

The British government launched the most comprehensive campaign against the wealthy Russians accused of having ties to President Vladimir Putin.

The government froze their assets, estimated at billions of dollars. It also imposed sanctions on a wide range of Russian companies and senior officials, including 386 members of the State Duma who voted to recognize the independence of Lugansk and Donetsk.

Britain also provided financial support to the Ukrainian government to help it deal with the repercussions of the Russian attack.

It launched a campaign to encourage its citizens to host Ukrainian families fleeing their country.

The new scheme called “Homes for Ukraine” will let refugees from the war come to Britain even if they do not have family ties, the government said on Sunday.

Britain will pay people 350 pounds ($456) a month if they can offer refugees a spare room or property for a minimum period of six months.

The government will also support municipalities to provide free education, health care, and assistance to those entitled to residing and working in Britain for three years before applying to settle their situation and stay in this country.

However, Ukraine’s neighboring countries currently host at least 2.7 million displaced persons amid expectations that more of them will arrive as the Russian offensive heats up.