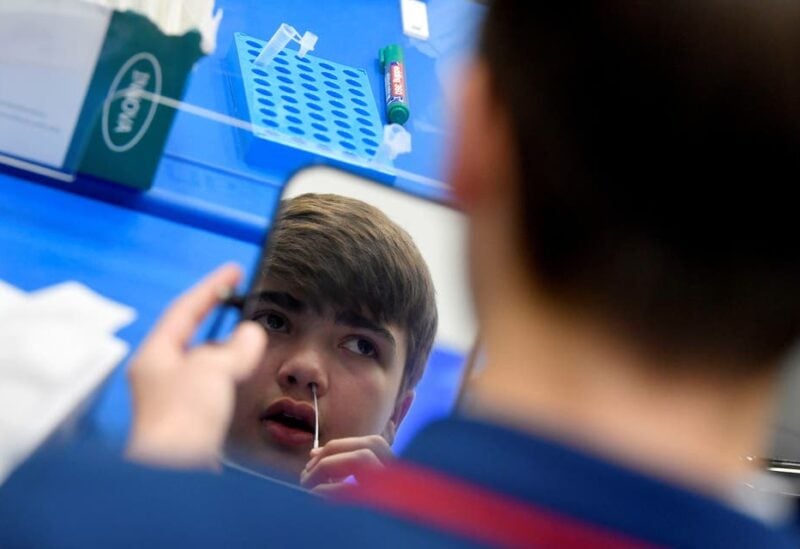 Students in the United Kingdom are using orange juice to get fake COVID-19 positive test results to get two weeks off from school, The Guardian reported on Saturday.

The experiment, which requires using a COVID lateral flow test, “is not a result of the juice containing the virus. Rather it appears to be linked to its acidity, which essentially breaks the test.”

A rapid flow test is usually self-administered and shows results after 30 minutes. A sample is taken inside the mouth and nose using a swab which is then soaked in a liquid then squeezed onto a test strip.

The same positive results have reportedly been seen by using other foods and drinks including ketchup and Coca-Cola, according to the report.

One UK science teacher told the publication students “say it’s a great way to get two weeks off school.”

The Guardian also reported that the hack had gone viral on the video sharing app TikTok where users were testing out different liquids.

“According to the i newspaper, there have been more than 6.5 million views of videos uploaded to the social media platform under the search term #fakecovidtest,” The Guardian reported.

However, upon verifying, Al Arabiya English discovered that TikTok had since removed all videos under the hashtag.

“This phrase may be associated with behavior or content that violates our guidelines,” the TikTok search results page showed.

A professor of biostatistics at the University of Birmingham criticized the practice, according to The Guardian.

“False positives affect not just that child but their family and their bubble at school, so [it is a] pretty selfish thing to do. There are less harmful ways to fake a day off school,” Jon Deeks was quoted as saying.

Geoff Barton, the general secretary of the Association of School and College Leaders, urged parents to ensure tests are being used properly, adding, the best place for students who are interested in learning more about chemical reactions is in schools.