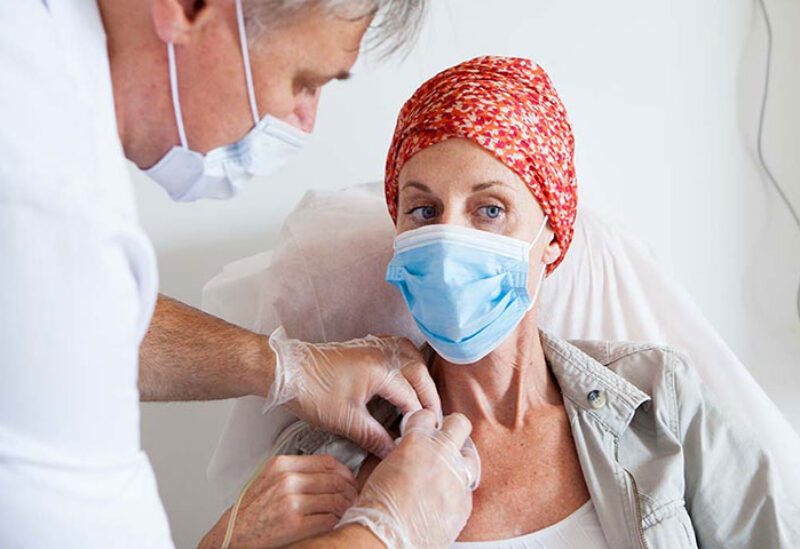 The King’s College London and Francis Crick Institute said that cancer patients are much less protected against Covid-19 than other people after one dose of the Pfizer vaccine.

With a 12-week wait for the second dose this could leave them vulnerable, says the institute research team.

An early second dose appeared to boost cancer patients’ protection. Cancer charities are calling for the vaccine strategy to be reviewed.

But Cancer Research UK said the small study had not yet been reviewed by other scientists and people undergoing cancer treatment should continue to follow the advice of their doctors.

The government said it was focused on “saving lives” and the antibody response “was only part of the protection provided by the vaccine”.

About 1.2 million people at very high risk of being seriously ill with Covid-19 were prioritized for a first vaccine dose in the first phase of the UK rollout, which includes people with specific cancers.

The UK government decided to extend the gap between first and second jabs from three to 12 weeks in late December to give more people some protection as soon as possible.

Dr Sheeba Irshad, oncologist and senior study author from King’s College London, said the findings were “really worrying” and recommended an urgent review of the timing of doses for people in clinically extremely vulnerable groups.

“Until then, it is important that cancer patients continue to observe all public health measures in place such as social distancing and shielding when attending hospitals, even after vaccination,” she said.

The study, which recruited 205 people, included 151 with solid cancers, such as lung, breast and bowel, or blood cancers.

The researchers tested volunteers for antibodies and T-cells in their blood, which signals that the immune system can protect against illness from the virus in the future.

Three weeks after one dose, an antibody response was found in:

Following a second dose three weeks after the first, which some cancer patients received, there was a sharp rise in their antibody response against the coronavirus, to 95 percent.

But among those who had to wait longer for their second dose, there was no real improvement in protection.

Five weeks after the first dose, an antibody response was detected in: