UK to prioritize next stage of COVID-19 vaccines by age 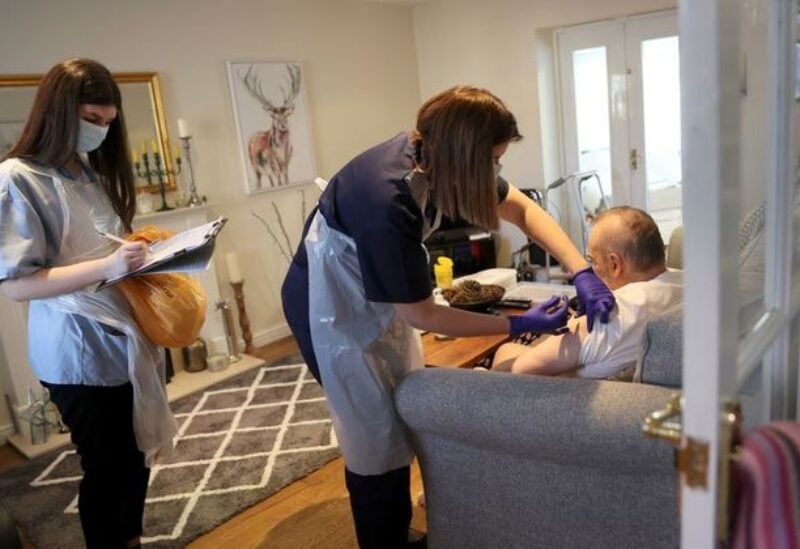 Police and teachers will not jump to the head of the queue in the second phase of Britain’s coronavirus vaccination roll-out, with people instead prioritized by age, officials advising the government said on Friday, describing this as the best way to keep up the pace of immunizations.

Britain’s vaccine program has been among the fastest in the world, meeting a government target to offer a first dose of vaccination to 15 million high-risk people by mid-February.

Some frontline workers such as police and teachers had been calling for prioritization on the basis of their jobs, but Professor Wei Shen Lim, COVID-19 chairman for the Joint Committee on Vaccination and Immunization (JCVI), said such an approach could complicate the roll-out.

“Following an age-based program will be simple, and simplicity has been one of the cornerstones of the current program in terms of speed and its success,” Lim told a news conference.

Britain aims to finalize the first phase of its COVID-19 vaccine roll-out by mid-April.

While the priority list for that phase was largely determined by age, with all over-50s set to be offered a vaccine, health and care workers and clinically vulnerable people have also been prioritized.

The JCVI said that an age-based approach remained the most effective way of reducing death and hospitalization from COVID-19, even in those under 50. Giving shots by job would be logistically complex and could result in delays, it said.

The government said it would follow the recommended approach, but not everyone welcomed the advice.

John Apter, chairman of the Police Federation of England & Wales, said it was “a contemptible betrayal of police officers”.

“Their anger is palpable, this will not be forgotten.”