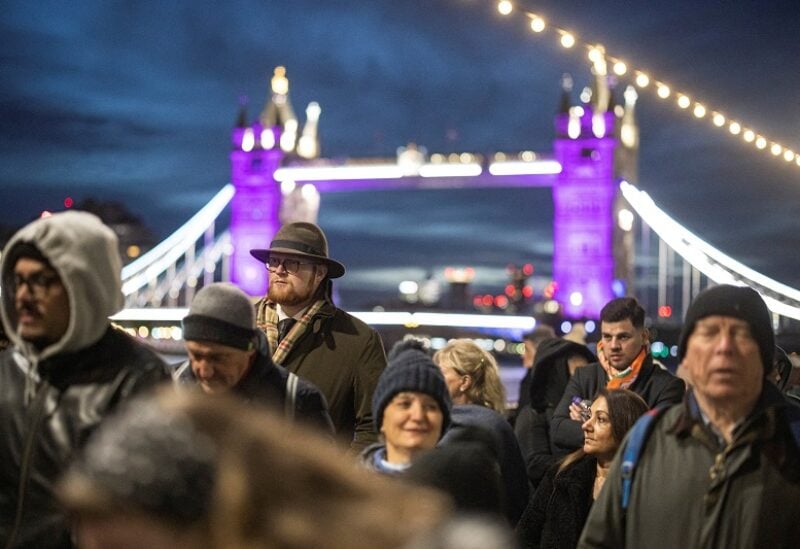 Hundreds of thousands of people have flocked to witness the Queen’s coffin lying in state at the British Parliament following her death on September 8 at the age of 96, after seven decades on the throne.

At the age of 73, Charles is the oldest monarch to ever succeed on the throne. On Sunday evening, he will be hosting dozens of foreign leaders visiting for the Queen’s funeral, AFP reported.

The funeral will be attended by world leaders across the globe, from US President Joe Biden and Indian President Droupadi Murmu to French President Emmanuel Macron, Brunei’s sultan, and others.

However, leaders from Afghanistan, Myanmar, Syria, North Korea, and Russia have not been invited to attend the funeral.

From Europe, French President Emmanuel Macron, Frank-Walter Steinmeier, President of Germany, Italian President Sergio Mattarella, and Polish President Andrzej Duda are some of the leaders who’ll be attending the funeral.

Royal attendees include the Japanese Emperor and Empress Masako, the Sultan of Brunei, the Sultan of Oman, the Jordanian King Abdullah, and the Crown Prince of Kuwait.

This is the first overseas excursion taken by the Japanese Emperor Naruhito since ascending the throne in 2019. It is very unusual for a Japanese emperor to attend a funeral as it is considered impure, but this clearly shows the close ties between the two royal families.

US President Joe Biden and Indian President Droupadi Murmu have already landed in London for the funeral, offering their condolences to the royal family and the country.

Leaders, including Jacinda Ardern and Anthony Albanese, have already paid their respects at Westminster Hall.