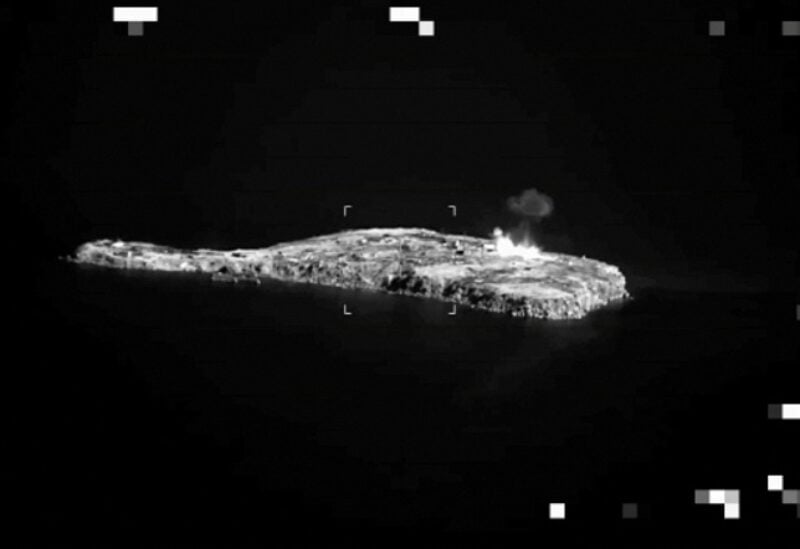 Surveillance shows an aircraft flying past and dropping explosives, amid Russia's invasion of Ukraine, in a location given as Zmiinyi (Snake) Island, Ukraine, in this screen grab taken from a video released July 1, 2022. Chief of Ukraine's General Staff Valeriy Zaluzhny via Telegram/ Handout via REUTERS. ATTENTION EDITORS- THIS IMAGE HAS BEEN SUPPLIED BY A THIRD PARTY. NO RESALES. NO ARCHIVES MANDATORY CREDIT. PIXELLATION FROM SOURCE

The Ukrainian forces has declared that Russia used phosphorus bombs on Snake Island, according to AFP.

The name ‘Zmiinyi island’ is another name given to snake island. However, the Russian defense ministry completely denied any accusations and described the move to leave Snake Island as “a gesture of goodwill” which shows that Russia will not be interfering with the United Nations’ attempt to organise protected grain exports from Ukraine.
Phosphorus bombs are incendiary weapons which leave a distinct white trail after it is used, and it is banned under an international convention (although with the exception of some military targets).
The white trail is being used by the Ukrainian authorities as the proof that Russia used the banned weapon on Snake Island. Ukraine released a video that showed a plane drop bombs that leave a similar trail along with a statement that stated that Russia did not “respect even their own declarations.”

Ukraine had earlier accused Russia of using similar kind of weapons during the ongoing invasion of Ukraine including in civilian areas.

Meanwhile, Russia’s Foreign Minister Sergey Lavrov said on Thursday that a new “iron curtain” in descending between Russia and the West due to ongoing invasion in Ukraine

“As far as an iron curtain is concerned, it’s practically already coming into place,” Lavrov said.

“Let them just behave carefully,” he said of the current relationship between Russia and the West.