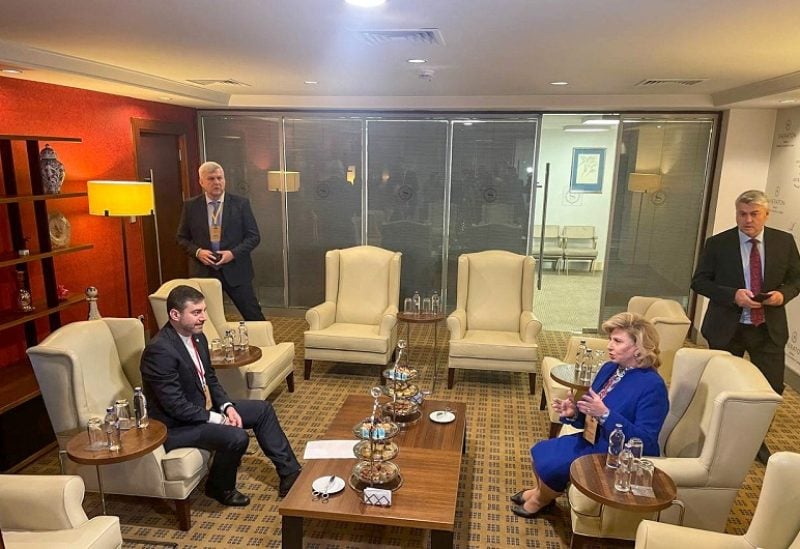 The Russian side on Saturday, cancelled at the last moment, a prisoner exchange between the two warring nations, said the Ukrainian body dealing with prisoners.

Taking to Telegram, the Coordination Headquarters for the Treatment of Prisoners of War said that “another round of exchange of prisoners was planned today with the Russian side,” adding that the exchange “was cancelled at the last moment at the initiative of the Russian side.

Reuters reportedly tried to reach the office of Russian Human Rights Commissioner Tatyana Moskalkova, however, Moscow did not comment on Ukraine’s claim.

Previously, the two nations have conducted multiple prisoner swaps, exchanging hundreds of Prisoner of Wars (PoW) captured during this conflict, which has already dragged on for 11 months.

The most recent one as per Reuters was on January 8th.
Recently, on Saturday, Russian Human Rights Commissioner Moskalkova stated on the messaging app alleged that Russian soldiers had reported instances of abuse at the hands of the Ukrainian side while in their custody. However, the claims are yet to be verified.

Ukraine, too, had during a recent meeting between the two sides voiced concerns over alleged Russian violations of the Geneva Convention in its treatment of Ukrainian POWs.
On Wednesday, talking to the press, Mirjana Spoljaric, the new head of the International Committee of the Red Cross, said she had been “speaking with Russian counterparts”. This comes after Ukrainian President Volodymyr Zelensky has continuously criticised the organisation in recent months for not pushing hard enough to gain access to Ukrainian troops captured by Russian forces.