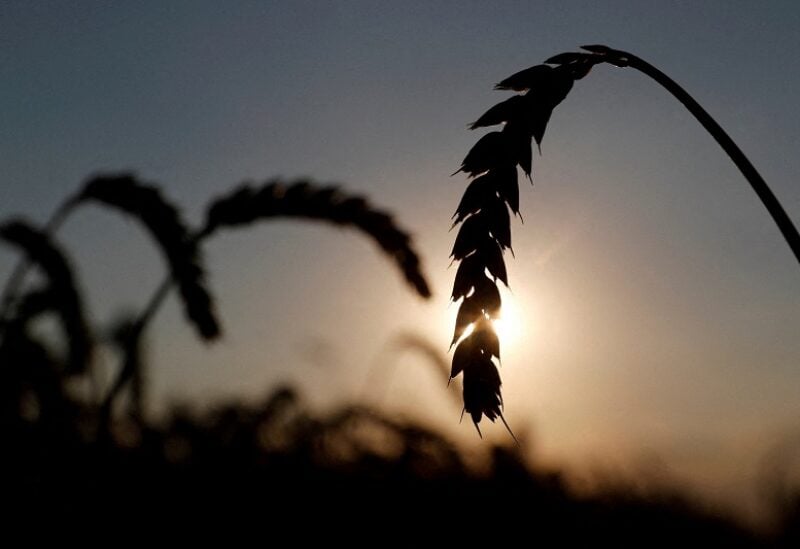 FILE PHOTO: Ears of wheat are seen in a field near the village of Hrebeni in Kyiv region, Ukraine July 17, 2020. Picture taken July 17, 2020. REUTERS/Valentyn Ogirenko//File Photo

Meanwhile, a Ukrainian diaspora group said it was seeking a judicial review of Canada’s decision to return a repaired turbine to Germany.

“This exemption to the sanctions regime against Russia is totally unacceptable,” the Ukrainian World Congress said in a statement. “There are real alternatives to Germany’s gas needs, including buying through Ukraine’s pipeline.”

The group said it was requesting “a declaration that the decision to provide a permit to Siemens was unreasonable and unauthorized and an order quashing the permit” from Canada’s federal court.

The turbine, which was being repaired by German firm Siemens in Canada, is needed in the Nord Stream 1 pipeline which pumps Russian gas into Germany. The Canadian government said on Saturday that it was issuing a ” time-limited and revocable permit” to exempt the return of turbines from sanctions on Moscow.
Ukraine’s Infrastructure Ministry said that monthly grain exports could be increased by 500,000 tons if its backlog is cleared through the Bystre river mouth of the Danube-Black Sea waterway.

The ministry said that 16 ships passed through the newly reopened river mouth in the past 4 days. It added that passage of commercial ships became possible after Kyiv recaptured Snake Island from Russian forces and that this was an important step toward speeding up grain exports.

“In the last four days, 16 ships have passed through the Bystre rivermouth,” Deputy Infrastructure Minister Yuriy Vaskov said. “We plan to maintain this pace.”

The ministry said that the 16 ships were now waiting to be loaded with Ukrainian grain for export to foreign markets. Additionally, more than 90 vessels were waiting in Romania’s Sulina canal.

Vaskov said that only four ships could be received per day along the Sulina route, while a rate of eight per day was needed. Kyiv was negotiating with Romanian authorities and European Commission representatives about increasing the rate of crossings, he said.

Russian and Ukrainian officials are set to meet later Wednesday in Turkey to discuss grain exports.

Officials said that Ukraine carried out a “special operation” to free military captives in the region, which is under Russian control.

The strikes destroyed artillery, armored vehicles and a “warehouse with ammunition in the town of Nova Kakhovka, the officials said.

“Warehouses were hit, as were shops, a pharmacy, petrol stations and even a church,” the head of Moscow’s civilian-military administration in the Kherson region, Vladimir Leontiev, said on Telegram.

The deputy head of the Russian-backed administration in Kherson, Ekaterina Gubareva, said Kyiv had used US-supplied long-range, precision artillery systems in the strikes on Nova Kakhovka.

“The occupiers have already felt very well what modern artillery is and they will not have a safe rear anywhere on our land,” Ukrainian President Volodymyr Zelenskyy said in his evening address, referring to heavy weaponry supplied by the West.