Ukraine in focus for Olympics insurers as Beijing Games kick off 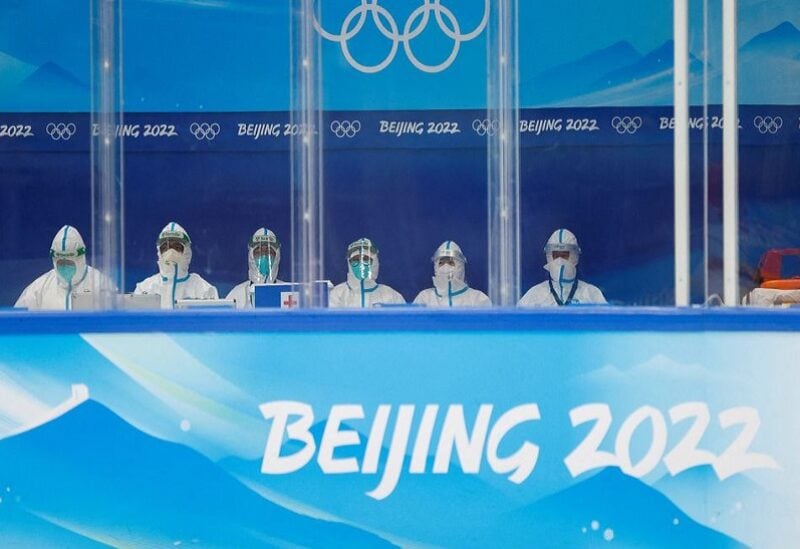 According to industry insiders, the potential of conflict between Russia and Ukraine is the greatest risk for insurers selling coverage during the Beijing Winter Olympics, since an outbreak of hostilities might compel team withdrawals or appearance cancellations.

The Olympic Games, being the most important athletic events on the calendar, are usually a huge profit opportunity as well as a tremendous burden for the commercial insurance sector.

When the 2020 Tokyo Olympics were postponed by a year due to COVID-19, insurers paid out hundreds of millions of dollars to the local organizing committee in order to recuperate expenditures such as rebooking hotels and sporting venues, according to industry insiders.

Now, with the Winter Olympics about to begin on Friday, insurers and Games organizers perceive a possibility of athlete withdrawals owing to COVID-19, and they are also monitoring the buildup of Russian soldiers, tanks, and artillery around Ukraine’s borders with increasing anxiety.

An outbreak of war could lead to countries withdrawing teams from the Games, which could mean teams or broadcasters filing insurance claims for payouts due to non-appearance of athletes.

“What insurers will be looking at closely is the Ukraine situation.”

At the Olympic Summer Games in Rio in 2016, the mosquito-borne Zika virus was a worry while war was also in focus for South Korea’s Winter Games in 2018, but in the end both events took place without disruption.

Analysts estimate the Summer Olympic Games are now typically insured for as much as $3 billion in total.

The International Olympic Committee (IOC) takes out around $800 million of protection for each Summer Games, though the Winter tournament, a smaller affair, might require lesser cover, sources said.

Cover for cancellation and risks such as riots and civil commotion would also be purchased by other stakeholders including the local organizing committee, larger national Olympic committees such as the U.S. National Olympic Committee and broadcasters.

The run-up to the Feb. 4-20 Winter Olympics has already been tense. The United States and many of its allies, including Britain, Canada, Australia, Japan and Denmark, have said they will not send official diplomatic delegations to the Games in protest at China’s human rights record. The impact on insurance policies due to hotel and other cancellations as a result has yet to be assessed.

However, if there is war between Russia and Ukraine, teams and broadcasters could also suffer war-related losses themselves, as war involving the five so-called “superpowers” of the United States, Britain, France, China and Russia is often excluded from cancellation policies, according to Fraser at Howden.

Insurance companies commonly exclude coverage for risk on which they cannot afford to pay claims.

Insurers in the event cancellation sector have been nursing losses since the outbreak of the coronavirus pandemic two years ago forced sporting events, concerts and conferences across the world to be cancelled.

This has led to a greater number of exclusions on policies, meaning policyholders cannot make claims for some issues which could lead to postponement or abandonment of events.

The Games are operating in a “closed loop” bubble which separates all event personnel, including athletes, from the public.

China has reported a jump in COVID-19 infections among Olympic athletes and officials and Games organizers have warned of more cases in coming days.

And for future Olympics, event cancellation cover for COVID-19 and other communicable diseases has become almost impossible to buy.

German insurer Allianz has a sponsorship deal with the IOC until 2028, and insurance sources say Allianz is likely to be the lead insurer for the Beijing Winter Games.

An Allianz spokesperson declined to comment on contractual details but said that the insurer was working with Olympics committees and athletes on products such as fleet and property and casualty insurance, as well as on new products for institutions, events and athletes.

The Games have in the past been insured by Lloyd’s of London syndicates such as Beazley and Hiscox, and reinsured by reinsurers like Munich Re and Swiss Re.

Munich Re, Swiss Re and Hiscox declined to comment when asked whether they would be insuring the Beijing Winter Olympics, while Beazley did not immediately respond to a request for comment.