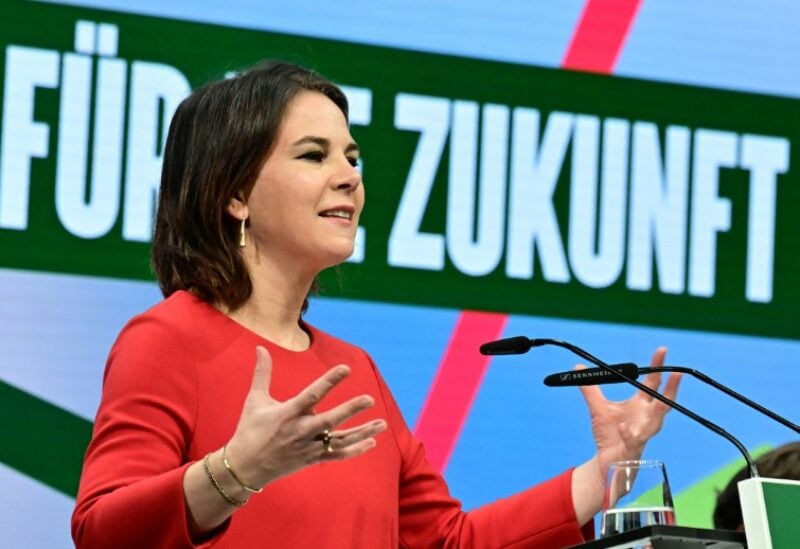 Dialogue is the only way of dealing with the escalating crisis in Ukraine, German Foreign Minister has told Russia

Speaking ahead of a meeting of European Union foreign ministers on Monday, Annalena Baerbock had a message for the Russian head of state. “I urgently call on the Russian government, on the Russian president: Don’t play with human lives,” said Baerbock.

She pointed to the recent increase in fighting in eastern Ukraine, and an extension of military drills involving Russia and Belarus.

“What we have seen over the last 72 hours in terms of attacks, violent disputes is really concerning,” Baerbock said.

“The responsibility lies with the Russian government which is why I call urgently on the Russian government: Come back to the negotiating table. It is in your hands.”
Foreign ministers from EU states are set to discuss the Ukraine crisis after it emerged US President Joe Biden and Russian President Vladimir Putin, had in principle, agreed to talks on the matter. Russian news agency Interfax cited Russian presidential spokesman Dmitry Peskov as saying, “there are no concrete plans for that yet.”

Peskov pointed to talks Russian Foreign Minister Sergey Lavrov is due to have with US Secretary of State Antony Blinken later in the week.

“We assume that a meeting between Lavrov and his American counterpart is possible this week. We also do not rule out contacts between Russian and French ministers,” Peskov told reporters.

EU says talks ‘to avoid war’ needed
The EU’s head of foreign policy, Josep Borrell said he welcomed any possibility of continued dialogue in a bid to avoid war.

“Summit meetings, at the level of leaders, at the level of ministers, whatever format, whatever way of talking and sitting at the table and trying to avoid a war, are badly needed,” Borrell said upon arrival in Brussels, according to the Reuters news agency.

He warned that that the bloc had completed work on a package of sanctions in the event of a Russian invasion.

“The work is done. We are ready,” Borrell said.
Spokesman in the Russian presidency Dmitry Peskov denied claims that Moscow had compiled a list of Ukrainians who would be killed following an invasion, dismissing the allegations as “fake” according to Russian news agency Interfax.

“It’s a lie. I know that it is absolute fiction. There is no such list. It’s a fake,” Peskov was reported as saying.

The US ambassador to the UN, Bathsheba Nell Crocker previously warned in a letter that Russia had compiled lists of Ukrainians who would be “killed or sent to camps,” the Washington Post reported.

“Specifically we have credible information that indicates Russian forces are creating lists of identified Ukrainians to be killed or sent to camps following a military occupation,” the letter stated.

Russia has repeatedly denied claims that it intends to invade Ukraine.