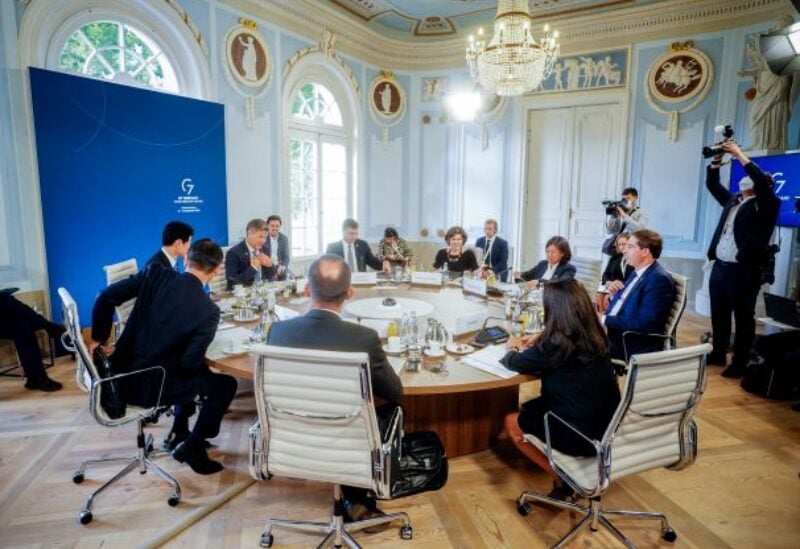 A day after Moscow launched retaliatory attacks that killed 19 people, Ukrainian President Volodymyr Zelenskiy is set to ask the leaders of the G7 group of nations to swiftly equip Ukraine with weaponry to defend itself against Russian missiles.

US President Joe Biden and other Group of Seven leaders will meet digitally later on Tuesday to discuss what further they can do to help Ukraine and to listen to Zelenskiy, who has stated that air defense systems are his “number one priority,” which Biden has already agreed to supply.

In the most widespread wave of air strikes away from the front lines since the war began, Russian missiles crashed across Ukraine early on Monday, hitting power generating facilities as well as non-strategic targets such as parks and tourist sites, leaving devastation, terror, and power cuts in their wake.

At least 19 people were killed and 105 wounded, emergency services officials said, in an attack that President Vladimir Putin framed as retaliation for what he said was the Ukrainian bombing on Saturday of the Kerch Bridge which links Russia to annexed Crimea.

Kyiv has not publicly taken responsibility for what Putin called a “terrorist act” that killed at least three civilians and destroyed parts of the bridge’s road segment which have been used to supply occupying Russian forces in Ukraine.

Ukrainian officials reported more strikes on Tuesday, including one on the southeastern town of Zaporizhzhia which killed at least one person.

Zelenskiy in a late Monday address said: “We will do everything to strengthen our armed forces. We will make the battlefield more painful for the enemy.”

On Tuesday morning, 301 villages in the Kyiv, Lviv, Sumy, Ternopil, and Khmelnytsky districts were without power.

Faced with blackouts, Ukraine has suspended electricity exports to neighboring Moldova and the European Union, at a time when the continent is already grappling with skyrocketing power prices that have fueled inflation and stifled industrial development.