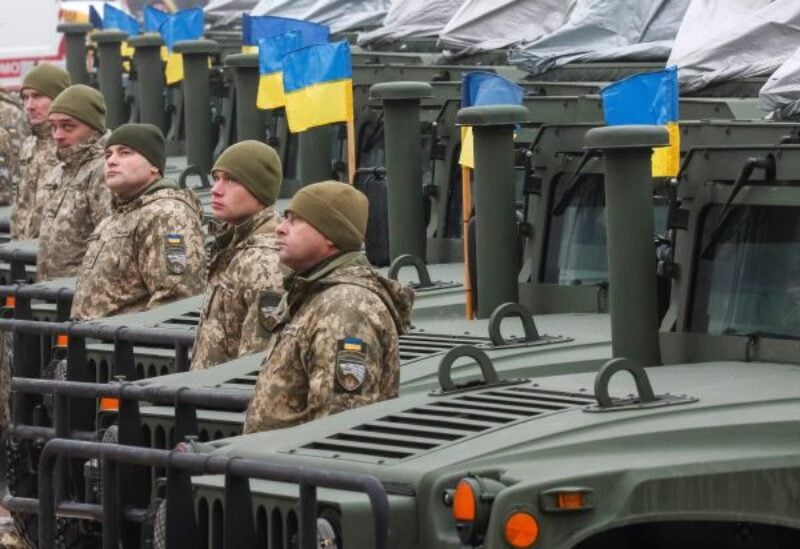 President Volodymyr Zelenskiy said Ukraine’s armed forces were capable of repelling any Russian invasion on Monday, as the country celebrated National Army Day with a display of US armored vehicles and patrol boats.

US President Joe Biden has promised his “unwavering support” for Ukraine in its standoff with Russia, and will meet with Russian President Vladimir Putin on Tuesday to attempt to ease the conflict.

Ukraine has accused Russia of amassing tens of thousands of troops along its border in preparation for a large-scale military operation, heightening the threat of outright conflict between the two nations.

“The servicemen of the Armed Forces of Ukraine continue to fulfil their most important mission – to defend the freedom and sovereignty of the state from the Russian aggressor,” Zelenskiy said in a statement.

“The Ukrainian army … is confident in its strength and able to thwart any conquest plans of the enemy,” he said.

Russia has dismissed talk of a new assault on Ukraine as false and inflammatory but told the West not to cross its “red lines” and to halt the eastward expansion of the NATO alliance.

Zelenskiy will travel east to Kharkiv, a traditional center for Ukrainian weapons manufacturing, to mark a delivery of tanks, armored personal carriers and armored vehicles made in the city’s factories.

He will also visit the Donetsk region, where Ukraine’s army has fought Russian-backed forces in a simmering conflict that Kyiv says has killed 14,000 people since 2014.

Several cities across Ukraine are marking the 30th anniversary of the creation of an independent military after winning independence from the Soviet Union in 1991.

Kyiv, Lviv and the southern port city of Odessa will display U.S.-made Humvees. In Odessa, there will also be a ceremony to hand over two recently delivered U.S. Coast Guard patrol boats intended to bolster Ukraine’s navy.

Ukraine has urged NATO to accelerate its entry into the military alliance and said Moscow had no right to veto. NATO’s leadership has been supportive but said Ukraine must carry out defence reforms and tackle corruption first.