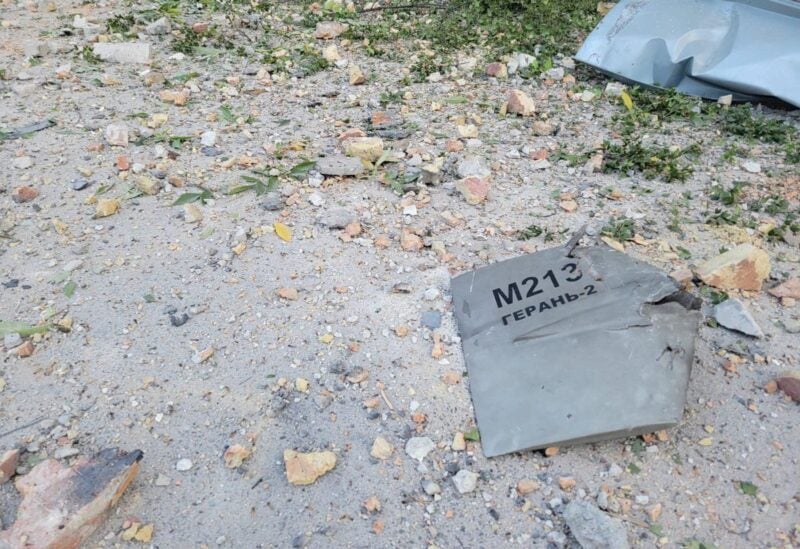 A part of an unmanned aerial vehicle, what Ukrainian authorities consider to be an Iranian made suicide drone Shahed-136 is seen, amid Russia's attack on Ukraine, after it was shot down in Odesa, Ukraine September 25, 2022. Press Service of the Operation Command South and the Ukrainian Armed Forces/Handout via REUTERS

Two Russian drones flown into Ukraine’s Odesa area collided with military objects, triggering a fire and the detonation of munitions, according to Ukraine’s South Command on Monday.

“As a result of a large-scale fire and the detonation of ammunition, the evacuation of the civilian population was organised,” the command said in statement on the Telegram.

“Preliminarily, there have been no casualties.”