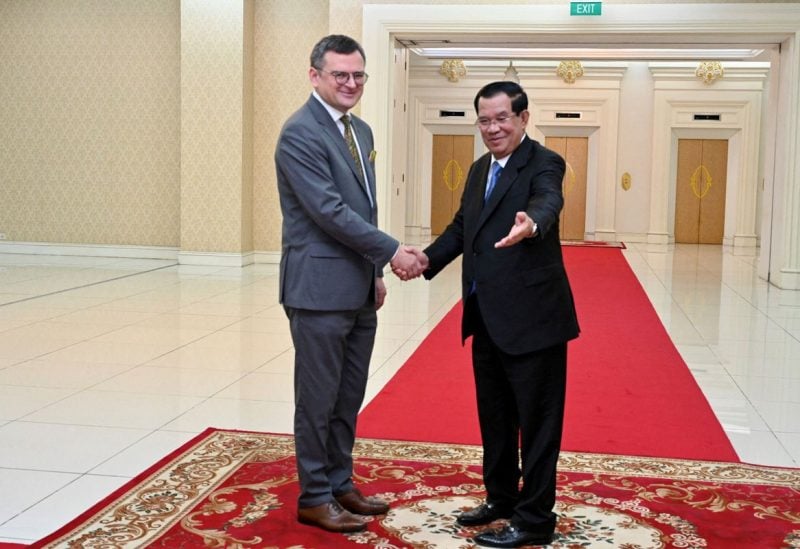 Ukraine’s foreign minister urged Southeast Asian countries on Saturday to take all possible measures to prevent Russia from engaging in “hunger games” over a Ukrainian Black Sea grain deal that could expire next week.

The deal allowing the export of food and fertilizers from several Ukrainian Black Sea ports, reached on July 22 by the UN and Turkey, could expire on November 19 if Russia or Ukraine object to its extension.

Speaking at a news conference in Cambodia on the sidelines of the ASEAN summit, Ukraine Foreign Minister Dmytro Kuleba said Russia remaining part of the deal was insufficient and measures should be taken ensure its inspectors were not intentionally delaying shipments and forcing global prices to rise.

“It’s not enough just to keep Russia on board. It’s also important to make sure that Russian inspectors who participate in this initiative, that they act in good faith and that they inspect ships without any artificial delays,” he said, adding countries in Africa and Asia were suffering.

“I call on all ASEAN members to take every method possible to stop Russia from playing hunger games with the world.”

The United Nations says more than 10 million tonnes of grain and other food has been exported from Ukraine under the deal. It has warned that Russia’s war is worsening a global food crisis and pushing tens of millions more people into hunger.

Ukraine is joining the Association of Southeast Asian Nations (ASEAN) summit and a parallel East Asian Summit for the first time. Leaders of the United States, Japan, South Korea and Australia are among those also attending, as is Russian Foreign Minister Sergei Lavrov.

Kuleba said Lavrov had not requested a meeting with him during the summit, as would be the norm in international diplomacy.

“If he does we will thoroughly consider his request,” he said, adding Russia must approach all negotiations in good faith.

“There is not a single indicator that Russia is sincerely seeking negotiations,” he said.

“Sitting down at a table for a nice picture, we’ve been there, we’ve done it, we’ve tried.”

Kuleba said he discussed during meetings with Southeast Asian leaders ways in which they can support Ukraine and conveyed that expressing neutrality and not condemning Russia was against their interests.

“The worst thing that a country can do is nothing,” he said.