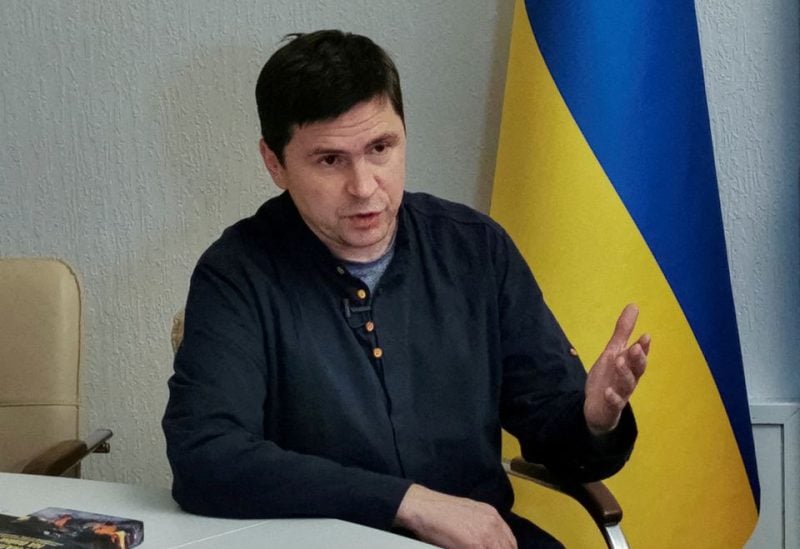 Mykhailo Podolyak, a political adviser to Ukraine's President Volodymyr Zelenskiy, speaks during an interview with Reuters, amid Russia's attack on Ukraine, in Kyiv, Ukraine November 2, 2022. REUTERS

Elon Musk, the founder of Twitter, was criticized on Sunday by a top Ukrainian presidential adviser for the billionaire’s “magical simple solutions,” citing proposals made by Musk about Russia’s invasion of Ukraine and Twitter content control.

Examples of such recommendations from Mykhailo Podolyak include “exchang(ing) foreign territory for an illusory peace” and “open(ing) all private accounts because freedom of speech must be absolute.”

“(Elon Musk) prefers so-called magical ‘simple solutions’,” Podolyak wrote on Twitter, an apparent reference to self-described free speech advocate Musk’s plans to reform Twitter, which he took over on Oct. 27, as well as a tweet in which he called for Ukraine to give up the Russian-occupied Crimean peninsula in exchange for peace.

Ukraine has had a complicated relationship with Musk, the world’s richest man, since the start of the Russian invasion on Feb. 24.

He was praised in the war’s early days for providing thousands of Starlink satellite internet devices, made by Musk’s SpaceX, to Ukraine free of charge, but the friendship ran into difficulties in October when Musk voiced support for peace conditions rejected by Kyiv.

The billionaire called for Crimea, annexed by Moscow in 2014, to be declared formally part of Russia, and for UN-supervised referendums on whether Russia should stay or leave to be held in other occupied territories.

The tweet drew angry rebukes from Ukrainian officials, including Podolyak. Kyiv has repeatedly dismissed the idea that it will give up land for peace.

Soon after this dispute, Musk publicly complained about the cost of providing free Starlink services to Ukraine indefinitely. He said in October that only 10,630 of 25,300 Starlinks sent to Ukraine were actually paying for service.

Kyiv has acknowledged that “some” terminals are being provided free but has not given exact figures.

In a change of tone Musk said on Oct. 15 that the company would continue to run Ukraine’s free Starlinks.