Ukraine purges officials and governors in biggest shake-up of war 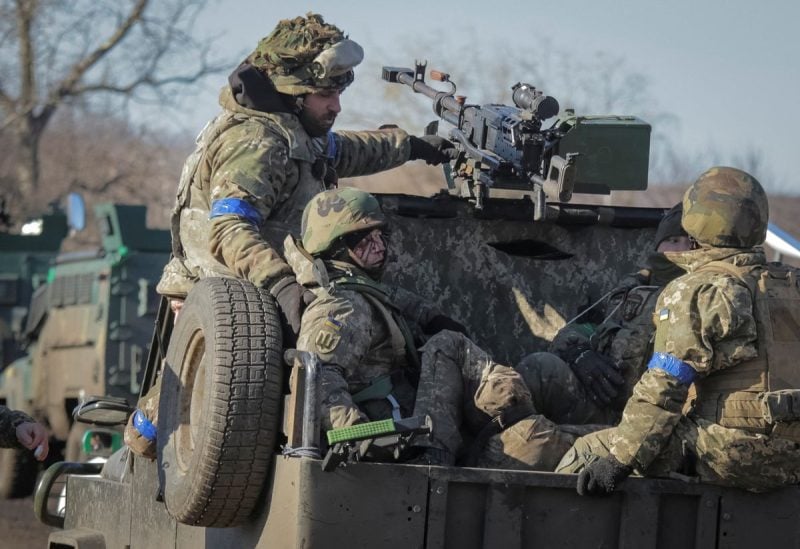 Wounded Ukrainian servicemen are seen during an evacuation, amid Russia's attack on Ukraine, near Bakhmut in Donetsk region, Ukraine January 23, 2023. REUTERS

In the largest reorganization of its wartime leadership since Russia’s invasion last year, Ukraine fired more than a dozen senior officials on Tuesday, including the governors of four important battleground districts.

Separately on Tuesday, when Poland announced it had formally submitted its request to the German government, Berlin was ultimately confronted with a decision over whether allies might transfer heavy tanks produced in Germany to Ukraine.

U.S. officials said Washington was also moving towards supplying some of its tanks to Kyiv.

Among Ukrainian officials who resigned or were dismissed on Tuesday were the governors of the Kyiv, Sumy, Dnipropetrovsk, Kherson and Zaporizhzhia regions. Kherson, Zaporizhzhia and adjacent Dnipropetrovsk are frontline provinces now. Kyiv and Sumy were major battlefields earlier in the war.

A deputy defence minister, a deputy prosecutor, a deputy head of President Volodymyr Zelenskiy’s office and two deputy ministers responsible for regional development were among the others who left.

Some, though not all, had been linked with corruption allegations. Ukraine has a history of graft and shaky governance, and is under international pressure to show it can be a reliable steward of billions of dollars in Western aid.

Zelenskiy aide Mykhailo Podolyak tweeted: “The president sees and hears society. And he directly responds to a key public demand – justice for all.”

The purge came two days after a deputy infrastructure minister was arrested and accused of siphoning off $400,000 from contracts to buy generators – one of the first big corruption scandals to become public since the war began 11 months ago.

The Defence Ministry said Deputy Defence Minister Vyacheslav Shapovalov, responsible for supplying troops, had resigned to retain trust after what it called untrue media accusations of corruption. It followed a newspaper report that the ministry overpaid for food for troops, which the ministry denied.

Kyrylo Tymoshenko, deputy chief of staff in Zelenskiy’s office, announced his own resignation, also citing no reason. He had helped run the president’s 2019 election campaign and more recently had a role in overseeing regional policy.

As the shake-up unfolded in a series of announcements, Prime Minister Denys Shmyhal told a cabinet meeting that Ukraine was making progress in its anti-corruption campaign. “It is systemic, consecutive work which is very needed for Ukraine and is an integral part of integration with the EU,” he said.