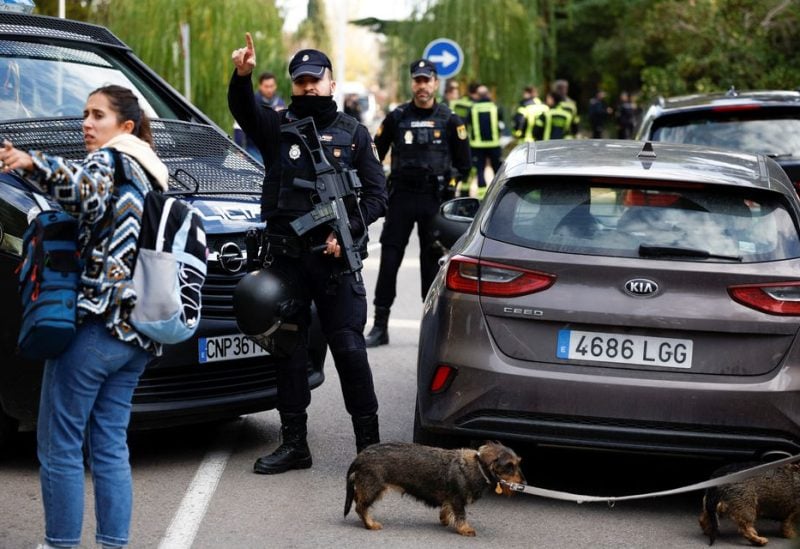 Police stands outside of Ukrainian embassy after, Spanish police said, blast at embassy building injured one employee while handling a letter, in Madrid, Spain November 30, 2022. REUTERS

Following reports from Spanish police and the government that an employee at the Ukrainian embassy in Madrid was hurt while opening a letter bomb, Ukraine increased security at its embassies abroad on Wednesday.

The employee had minor wounds and made his own way to the hospital, according to a statement from the police.

According to a statement from the Ukrainian foreign ministry, Dmytro Kuleba, the minister of foreign affairs of Ukraine, has directed all Ukrainian embassies abroad to “urgently” bolster their security.

The minister also urged his Spanish counterparts to “take urgent measures to investigate the attack”, the statement said, adding that whoever was behind the attack “will not succeed in intimidating Ukrainian diplomats or stopping their daily work on strengthening Ukraine and countering Russian aggression”.

The letter, which arrived by ordinary mail and was not scanned, caused “a very small wound on the ring finger of the right hand” of the employee, Mercedes Gonzalez, the Spanish government’s representative in Madrid, told broadcaster Telemadrid.

An officer at Ukraine’s embassy to Spain declined to comment.

The residential area surrounding the embassy in northwestern Madrid has been cordoned off and a bomb disposal unit is deployed at the scene, state broadcaster TVE reported.