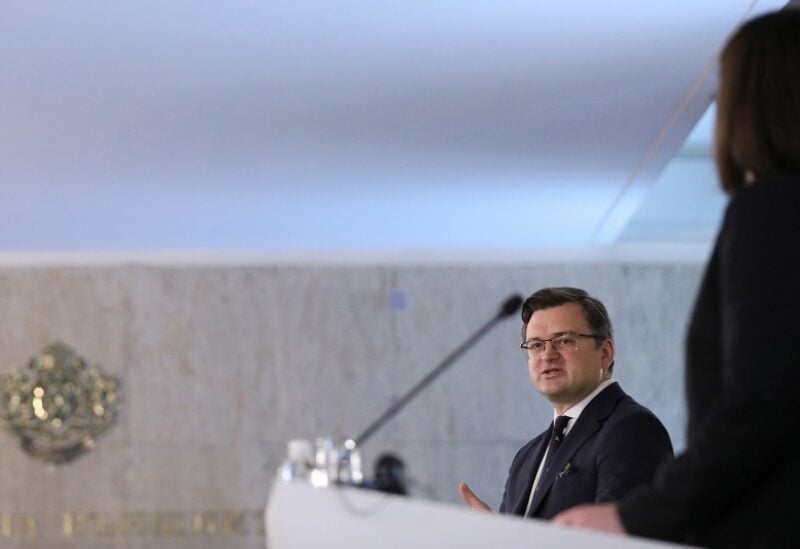 Noting that Ukraine sent a list of arms it needed — “from warplanes to armored vests” — to all EU and NATO member states, Kuleba said: “I hope the Bulgarian government will consider all kinds of aid opportunities for Ukraine.”

During his visit, Kuleba was received by Bulgarian President Rumen Radev in Sofia.

In an interview with Bulgaria’s bTV, Kuleba noted that his country requested Bulgaria, as a member of both EU and NATO for the weapons aid, adding that “there is no coercion because we respect Bulgaria’s national interests.”

Emphasizing that the support of different countries to Ukraine is not limited to military aid, Kuleba said Kyiv appreciates Bulgaria’s hosting of Ukrainian refugees and its support for Ukraine’s EU integration.

He reiterated that sanctions against Russia should continue for lasting peace in the Black Sea region.

Radev, for his part, noted that Bulgaria condemned Russia’s attack against Ukraine as soon as the war began and supported sanctions against Russia.

“While Bulgaria opened its doors to Ukrainian immigrants, Bulgarians opened their hearts and homes to them. Over 91,000 migrants took refuge in our country,” he said, according to a statement issued by the Bulgarian presidency.

In Bulgaria, which is governed by a quadruple coalition government, the issue of weapons aid to Ukraine caused controversy.

One of the coalition partners, pro-Russian Bulgarian Socialist Party (BSP) leader and Deputy Prime Minister Kornelia Ninova announced that they would not approve any military aid to Ukraine.

Ninova also strongly criticized the sanctions against Russia, noting that: “If even a single bullet is sent to Ukraine, we will leave the coalition as a party.”

At least 2,104 civilians have been killed and 2,862 injured in Ukraine so far in Russia’s war that started on Feb. 24, according to UN estimates, with the true figure believed to be much higher.

More than 4.9 million Ukrainians have fled to other countries, with over 7 million more internally displaced, said the UN refugee agency.