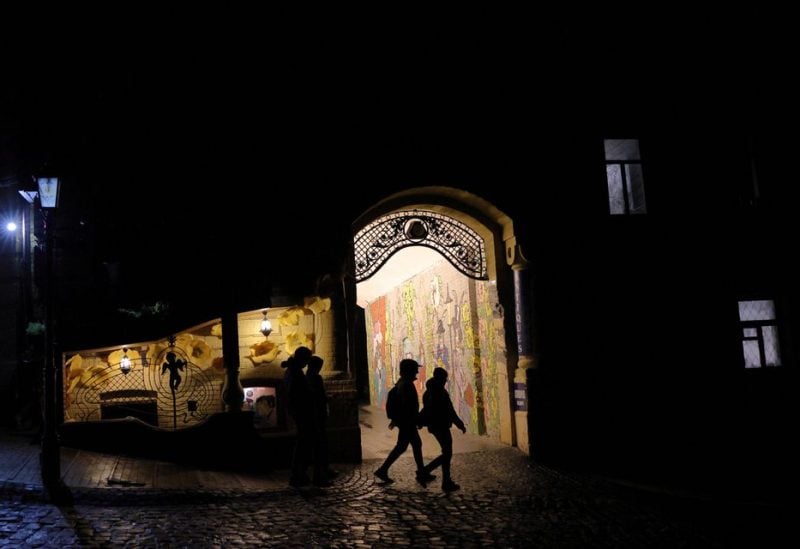 People walk on a dark street, as Russia's attack on Ukraine continues, in the old town of Kyiv, Ukraine November 6, 2022. REUTERS/Murad Sezer

Following a setback in its attempt to restore the electrical infrastructure damaged by Russian missile strikes, Ukraine claimed on Monday that it has been obliged to impose frequent emergency blackouts in several parts of the nation.

The national grid operator Ukrenergo said in a statement that power units at multiple power plants had to undergo emergency shutdowns, adding that demand for electricity has been increasing as snowy winter weather has settled in the capital and elsewhere.

“Once the causes of the emergency shutdowns are eliminated, the units will return to operation, which will reduce the deficit in the power system and reduce the amount of restrictions for consumers,” it said.

DTEK, Ukraine’s biggest private electricity producer, said it would reduce electricity supply by 60% for its consumers in Kyiv where temperatures are hovering around zero degrees Celsius (32°F).

Of the remaining supply, only 42% was left over for everyday consumers after critical infrastructure needs were accounted for, it said.

“We are doing everything possible to provide power to every customer for 2-3 hours twice a day,” DTEK’s Kyiv branch wrote on Facebook.

Moscow says its attacks on vital infrastructure are militarily legitimate, and that Kyiv can end the suffering of its people if it yields to Russian demands. Ukraine says attacks intended to cause civilian misery are a war crime.