Ukraine security chief: Nuclear plant a threat to the world 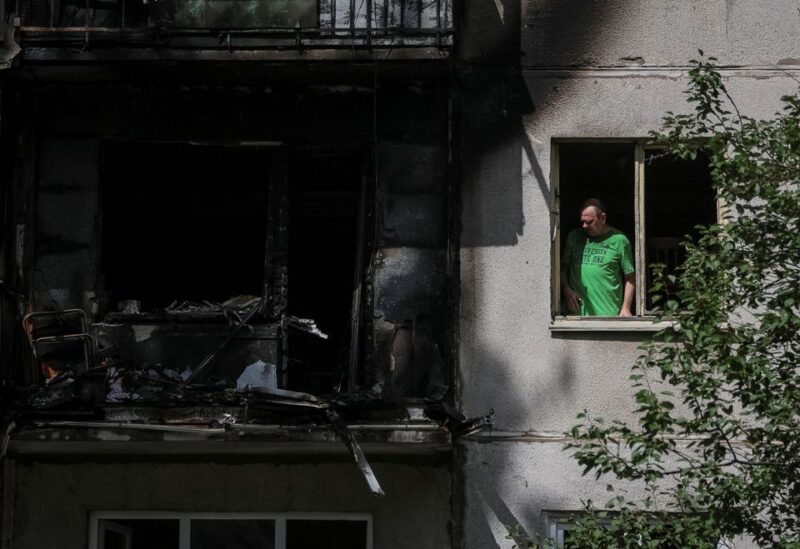 A local resident looks out through a broken window in his flat in a residential building damaged by a Russian military strike, amid Russia's invasion on Ukraine, in Kramatorsk, in Donetsk region, Ukraine July 19, 2022. REUTERS/Gleb Garanich

The head of Ukraine’s powerful National Security Council says his government is still not fully aware of the situation, including potential threats, inside the Zaporizhzhia nuclear power plant despite the ongoing inspection by United Nations monitors.

Oleksiy Danilov, a key official in Ukraine’s war effort, in an interview with The Associated Press Friday appealed for additional international support to try to demilitarize the area that includes the largest nuclear plant in Europe.

“We do not know what is happening there, whether it is currently mined by the Russians or not,” Danilov said, speaking inside a heavily guarded building in central Kyiv with sandbags piled against the entrance and windows.

“I want to emphasize that this is a challenge for the whole world, how to make this nuclear facility not dangerous. If the world community would work with us on this issue, we would be very grateful.”

Heavy fighting has continued around Zaporizhzhia despite the start of an inspection this week by experts from the International Atomic Energy Agency, who have already warned about the dangers caused by structural damage to the site.

The plant is still being operated by Ukrainian staff and connected to the country’s electricity grid, but has been occupied by Russian forces since the early stages of the war after the invasion was launched in Feb. 24.

Danilov said that with winter approaching preparations were being made to safeguard the country’s power supply in case the grid connection to the Zaporizhzhia plant is lost.

He said Ukraine remains unwilling to consider ceasefire negotiations as long Russia holds Ukrainian territory, adding: “We face an insidious enemy that is complex and difficult. We would be misleading ourselves if we believed that a quick victory was possible.”

The course of the war, Danilov said, went beyond the leadership of Russian President Vladimir Putin.

“Even Putin’s death would not automatically mean the end of the war,” he said. “There are a lot of people who want to continue this war today, many Russian oligarchs and people in the Russian leadership are making a lot of money.”

The National Security Council includes Ukrainian President Volodymyr Zelenskyy, his ministers of defense, foreign affairs and the interior, as well as the head of the country’s armed forces and intelligence service.