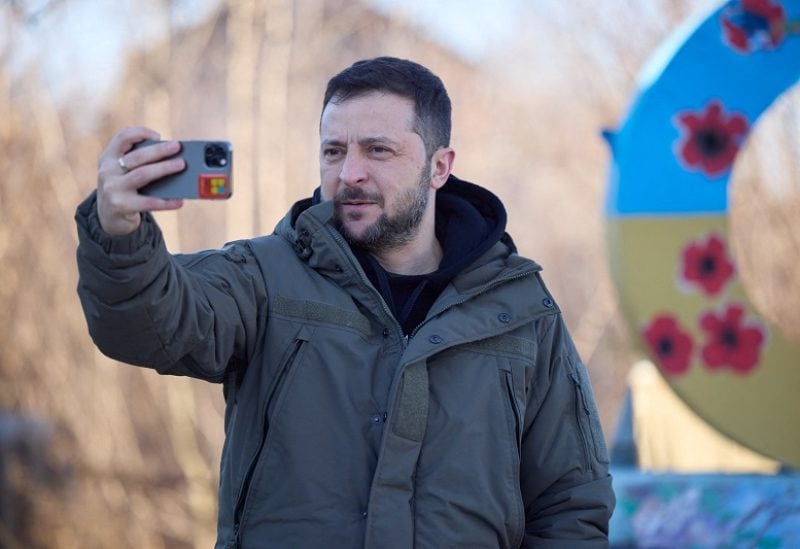 Ukraine’s President Volodymyr Zelenskiy captures a video to congratulate the Ukrainian Armed Forces amid Russia’s attack on Ukraine, near the town of Sloviansk, Donetsk region, Ukraine December 6, 2022. Ukrainian Presidential Press Service/Handout via REUTERS ATTENTION EDITORS - THIS IMAGE HAS BEEN SUPPLIED BY A THIRD PARTY.

The country will be switching to emergency shutdowns in order to stabilise the power grids which were impacted by the latest barrage of Russian missile strikes, said Ukrainian President Volodymyr Zelensky on Tuesday. According to Reuters, the missiles were mainly directed towards the cities of Zaporizhzhia and Odesa where two people lost their lives. The missiles also caused damage to the critical infrastructure and residential houses near Zaporizhzhia, regional officials said.
“The biggest number of shutdowns is in Vinnytsia, Kyiv, Zhytomyr, Dnipropetrovsk, Odesa, Khmelnytskyi and Cherkasy regions”, referring to the regions spanning the length and breadth of the country,” Zelensky said before promising that the authorities “will do everything to restore stability”.
Moldova, the neighbouring country of Ukraine, has also been affected by the Russian missile strikes and Zelensky said that this proves Russia is “a threat not only to Ukraine, but also to our entire region”.

During his nightly address to the nation, Zelensky said that around 70 Russian missiles were fired towards Ukraine but the defence system was able to deal with most of them. Although the number was not verified by the Ukraine defence ministry said that around 50 missiles were stopped.
On the other hand, Russia said that it was a planned “massive strike using high-precision weapons” and they were able to hit all 17 of their intended targets which did not include civilian buildings.
The World Health Organisation (WHO) has already expressed its concern regarding the lack of power in Ukraine and it said that the winter can turn “deadly” for millions of Ukrainians.