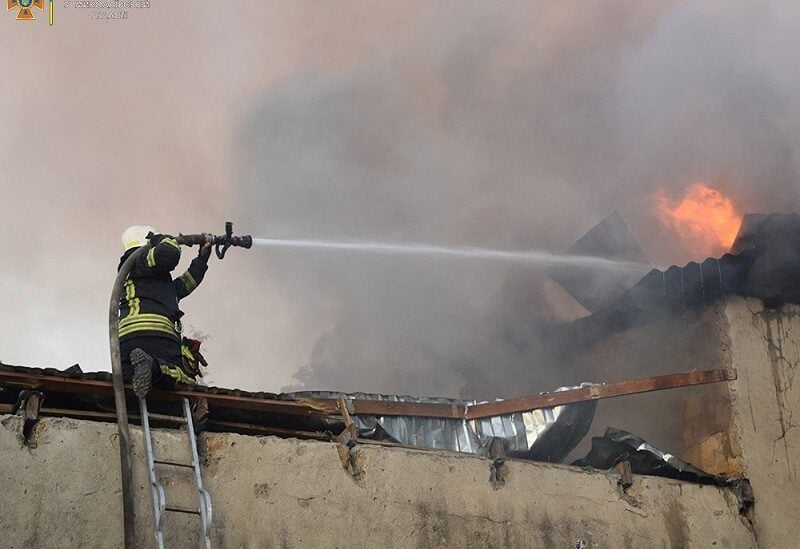 A firefighter works to douse a fire in a building, as Russia's attack on Ukraine continues, in Mykolaiv, in this handout picture released on July 31, 2022. State Emergency Service of Ukraine in Mykolaiv Region/Handout via REUTERS ATTENTION EDITORS - THIS IMAGE HAS BEEN SUPPLIED BY A THIRD PARTY. NO RESALES. NO ARCHIVES

Ukraine said on Thursday that it has been forced to relinquish some ground in the country’s east due to a Russian advance, while the NATO military alliance’s president stressed Moscow must not be allowed to win the conflict.

Ukrainian President Volodymyr Zelenskiy called the strain on his armed men in the Donbas area of eastern Ukraine as “hell” this week. He described severe combat near the town of Avdiivka and the defended settlement of Pisky, where Kyiv has just acknowledged Russia’s “partial triumph.”

On Thursday, the Ukrainian military stated that Russian soldiers launched at least two attacks on Pisky, but that its troops were able to resist them.

Ukraine has spent the previous eight years constructing defensive positions in Pisky, seeing it as a buffer zone between Russian-backed troops controlling Donetsk, which is roughly 10 kilometers (6 miles) to the southeast.

General Oleksiy Gromov told a press conference that Ukrainian forces had reclaimed two villages near the eastern city of Sloviansk, but had been driven back to the outskirts of Avdiivka after being forced to evacuate a critical defensive position, a coal mine.