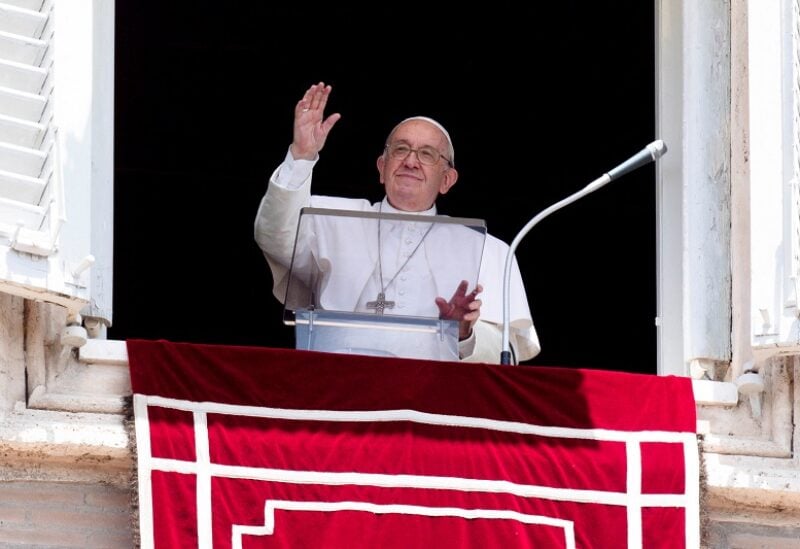 Pope Francis leads Angelus prayer from his window at the Vatican, June 26, 2022. Vatican Media/Handout via REUTERS ATTENTION EDITORS - THIS IMAGE WAS PROVIDED BY A THIRD PARTY.

On Sunday, Pope Francis warned that the conflict in Ukraine has diverted attention away from the issue of global poverty, and he urged for immediate food help to avert a famine in Somalia.

“The inhabitants of this region, who already live in very poor conditions, are now in grave danger due to drought,” he remarked, referring to the Horn of Africa, in his weekly address in St. Peter’s Square.

The United Nations Food and Agriculture Organization (FAO) announced this month that famine might be declared in eight districts of Somalia next month if livestock deaths continue, crucial commodity prices rise further, and humanitarian aid fails to reach the neediest.

In the Piazza, Francis informed pilgrims and visitors that he intended to call attention to “the grave humanitarian disaster that has afflicted Somalia and some sections of neighboring countries.”

According to the UNHCR and the Norwegian Refugee Council (NRC), around a million people have been internally displaced in Somalia since January.

U.N. agencies and other organizations have called for increased financing to assist Somalia, which is one of the country’s most vulnerable to climate change, avoid famine.

“I hope that international solidarity can respond efficiently to this emergency,” Francis said.

“Unfortunately, the war (in Ukraine) has distracted attention and resources, but these are the aims that call for the utmost commitment – the fight against hunger, health care, education,” pope concluded.