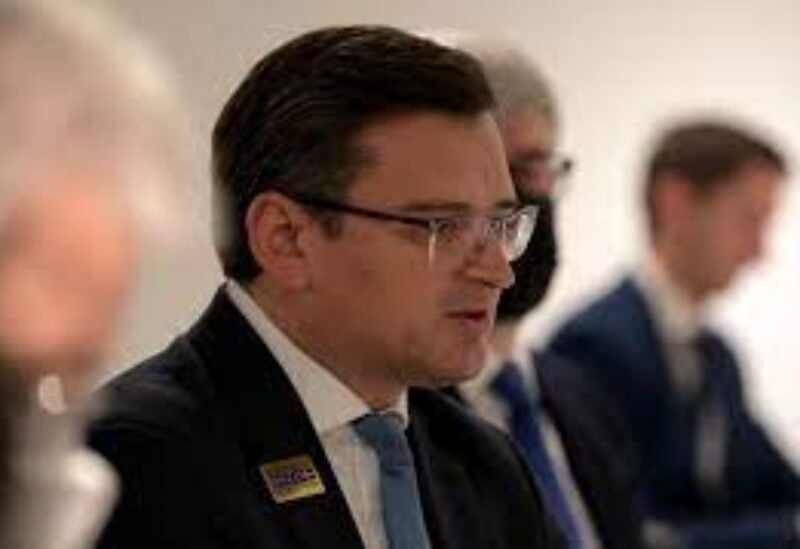 Kuleba, a top Ukrainian official, applauded the United States’ attempts to bring Russia to the bargaining table in his initial reaction to Tuesday’s video conference between Biden and Putin.

However, he said that the aim was to develop a deterrent package to discourage Moscow from future military escalation.

This year, Ukraine and its NATO partners have raised concerns about Russian force moves near Ukraine’s borders, raising fears that a simmering conflict in eastern Ukraine would erupt into open war between the two neighbors.

“The contact itself serves (as) deterrence and de-escalation,” Kuleba said in written remarks about Tuesday’s call. “We appreciate the crucial diplomatic engagement of the U.S. in efforts to bring Russia back to the table of negotiations.”

Biden warned Putin on Tuesday that the West would impose “strong economic and other measures” on Russia if Russia launched a new offensive against Ukraine, while Putin demanded guarantees that NATO would not expand farther eastward.

Kuleba has led Kyiv’s diplomatic efforts to press allies for a package of measures to deter Russia from launching a new offensive. Russia has dismissed suggestions of such an attack as false and inflammatory while blaming Ukraine and the United States for destabilizing behavior.

Kuleba said he was confident “Putin heard some very clear and strong signals regarding Russia’s escalation along the border of Ukraine and in the region”.

Ukrainian President Volodymyr Zelenskiy will speak to Biden on Thursday.

Kuleba said Thursday’s talks would allow the two leaders to discuss further steps to deter Russia and ways to revitalize four-way peace talks between Ukraine, Russia, France and Germany about the conflict in eastern Ukraine.

“Currently, as we see a clear lack of constructiveness on the Russian side, the main priority is to effectively implement the comprehensive deterrence package to demotivate Russia from further military escalation,” Kuleba said.

“We are working closely with our allies on both sides of the Atlantic to achieve that.”

Ukraine’s ties with Russia collapsed in 2014 after Moscow-backed forces seized territory in eastern Ukraine that Kyiv wants back. Kyiv says some 14,000 people have been killed in fighting since then.

Since the latest crisis started, Moscow has set out demands for legally binding security guarantees from the West that NATO will not admit Ukraine as a member or deploy missile systems there to target Russia.

Ukraine says Russia has no say over its ambitions to join the NATO alliance and dismissed the suggestion of security guarantees as illegitimate.