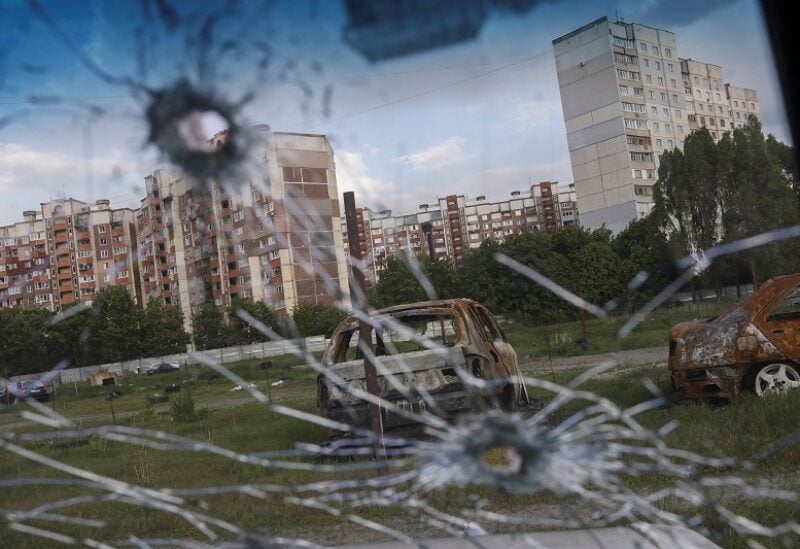 Burnt cars are pictured through the glass of a damaged car in Saltivka neighbourhood, amid Russia's attack on Ukraine, in Kharkiv, Ukraine, May 10, 2022. REUTERS/Ricardo Moraes

Ukrainian President Volodymyr Zelenskyy, along with other Ukrainian officials, said Russian forces are gradually being pushed away from areas surrounding the major northeastern city of Kharkiv.

In his nightly video address, Zelenskyy praised the reported territorial gains and said he was “grateful to all of our protectors who are fighting back and showing truly superhuman strength to drive off the invaders’ army.”

But he also called on his people “not to spread excessive emotions.”

“We should not create an atmosphere of excessive moral pressure, where victories are expected weekly and even daily,” Zelenskyy said.
Tetiana Apatchenko, a press officer for the main Ukrainian force in the region, said four towns north of Kharkiv had been recaptured from Russian troops in recent days. The reports could not be independently verified.

Ukraine’s gas operator announced it would redirect gas from the Sokhranivka transit point, which is located in Russian-occupied Ukrainian territory. The gas will thus be redirected to another transit point in an area still under control of the Ukrainian government.

Ukraine’s gas operator said some 32.6 million cubic meters of gas will be halted by the decision.

“The company repeatedly informed Gazprom about gas transit threats due to the actions of the Russian-controlled occupation forces and stressed stopping interference in the operation of the facilities, but these appeals were ignored,” the operator said. 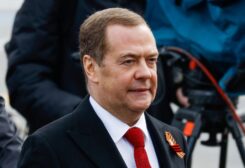