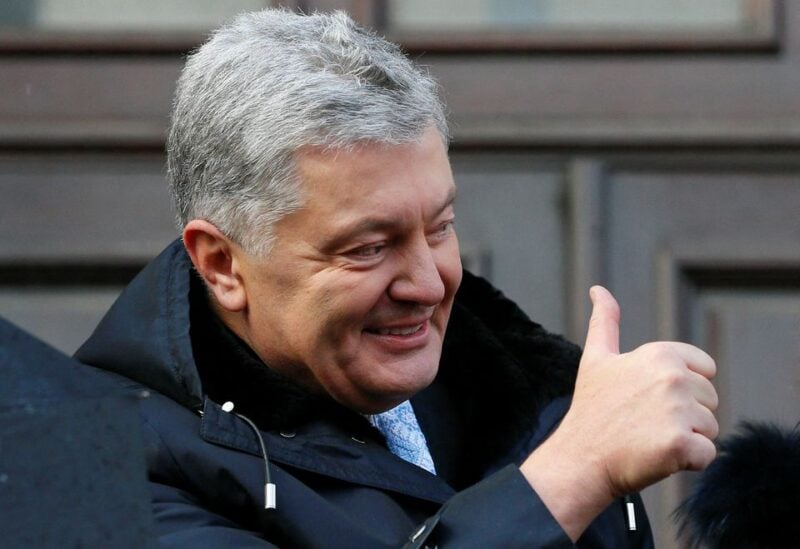 Ukrainian former President Petro Poroshenko, who is suspected of high treason by financing pro-Russian separatists in eastern Ukraine while in office in 2014-2015, gives a thumbs-up as he greets his supporters after a court hearing in Kyiv, Ukraine January 19, 2022. REUTERS/Gleb Garanich

Former Ukrainian President Petro Poroshenko, who is being investigated for alleged treason, was allowed to leave Ukraine on Monday to attend a political conference at a border crossing with Poland, according to local media and his associates.

Poroshenko is being investigated for allegedly funding Russian-backed separatists in Ukraine’s east through illegal coal sales in 2014-15. He is adamant in his denial of any wrongdoing.

In January, a Ukrainian judge rejected a prosecutor’s request to have Poroshenko arrested in connection with the case, which the latter says has been cooked up by his political opponents.

Poroshenko, who was previously stopped from leaving the country twice, was heading to a meeting of the European People’s Party in Rotterdam, the newspaper Ukrayinska Pravda said, citing sources at law enforcement agencies.

Viktoria Siumar, a lawyer from Poroshenko’s European Solidarity party, also confirmed in her Facebook post that the former president had left for the meeting abroad.