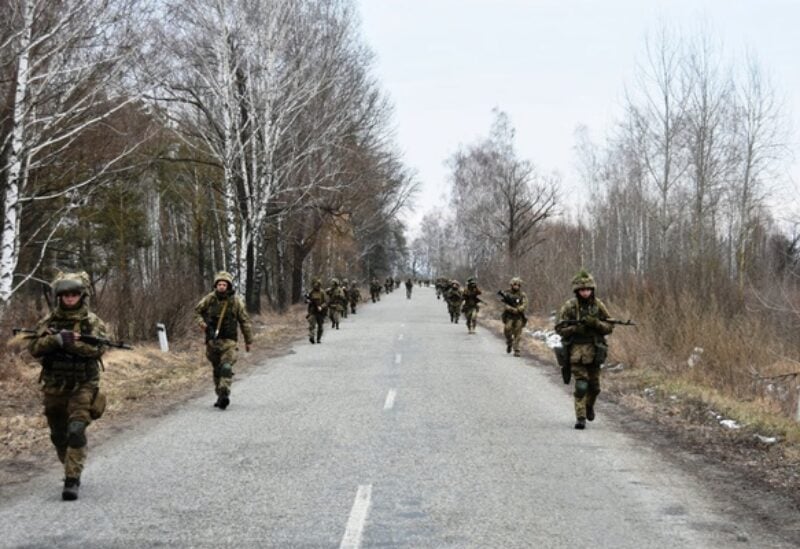 As tensions are escalating with Moscow, Ukrainian civilians are receiving military training against the prospect of Russian aggression.

The trainees, including women, are from different age groups, attending the session being held at a former industrial complex in the Desnyanskyi region near the capital Kyiv.
Learning how to use weapons, advance in open areas, secure buildings, observe their surroundings, and communicate, they will be part of the country’s territorial defense forces that were incorporated into the Ukrainian Armed Forces this year.

One of the trainees, 55, told Anadolu Agency that a Russian invasion was now very likely.

“Having an insane neighbor that’s always trying to kill you could force you to prepare, to defend your family, your home. That’s why we, as civilians, are receiving this training.

One 25-year-old women named Zoryana said all of the country’s people — not just men — should commit to getting trained to protect it.

​​​​​​​Western countries have accused Russia of amassing more than 100,000 troops near Ukraine, prompting fears that it could be planning a military offensive against its ex-Soviet neighbor.

Moscow has repeatedly denied any plan to invade Ukraine and accused Western countries of undermining Russia’s security through NATO’s expansion toward its borders.

It also issued a list of security demands to the West, including a rollback of troop deployments from some ex-Soviet states and guarantees that Ukraine and Georgia would not join NATO. AA