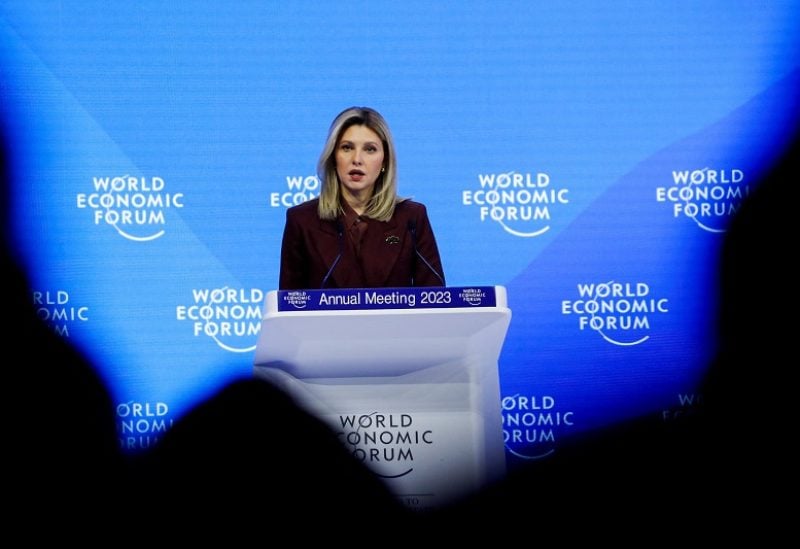 “These points are not purely political. Each one of them has a tangible human dimension,” said Olena Zelenska. “I ask you to look and stop this aggression exactly like this. With the eyes of the people, whose lives have been brought into chaos by an aggressor country.”

Zelenska highlighted the effects of nuclear danger and food and energy security on the national and global scale, adding the necessity of Russia’s withdrawal from Ukraine and the need for justice.

She also said a cease-fire does not mean a truce and it is the return of displaced Ukrainians abroad and on the frontline to reunite with their families which will bring peace.

Zelenska noted that Russia’s war means that the globe is facing “the collapse of the world as we know it.”

“What can be life in a world where tanks are allowed to strike at nuclear power stations? What will happen to inflation when state borders start to collapse and the integrity of countries will be trampled on by those who want it? What will happen to the cost of living when millions, not millions but tens of millions of people will be forced to flee mass starvation and will become refugees,” she said.

She noted that Forum participants are united by their influence but they are also separated. “Not all of you are using this influence or sometimes you use it in a way that divides even more,” she said.

Zelenska said meetings such as Davos exist because there is no problem that humanity cannot resolve. “We have enough energy and strength for it. Some of our combined influence is bigger than the weight of existing challenges. But for its sum, we have to fill out some of its components, and that is international cooperation,” she said.

She further said the war did not intend to restrict itself to Ukraine and the crisis it brought forth can go further and widen if Russia does not lose.

Zelenskyy’s peace formula, which consists of 10 conditions, was laid out at the last G-20 summit in Indonesia, with its final step being the signing of a peace accord.

It also focuses on issues such as nuclear safety, food and energy security and Russia’s military withdrawal from Ukraine.​​​​​​​