Ukrainian forces advance east of Kyiv as Russians fall back 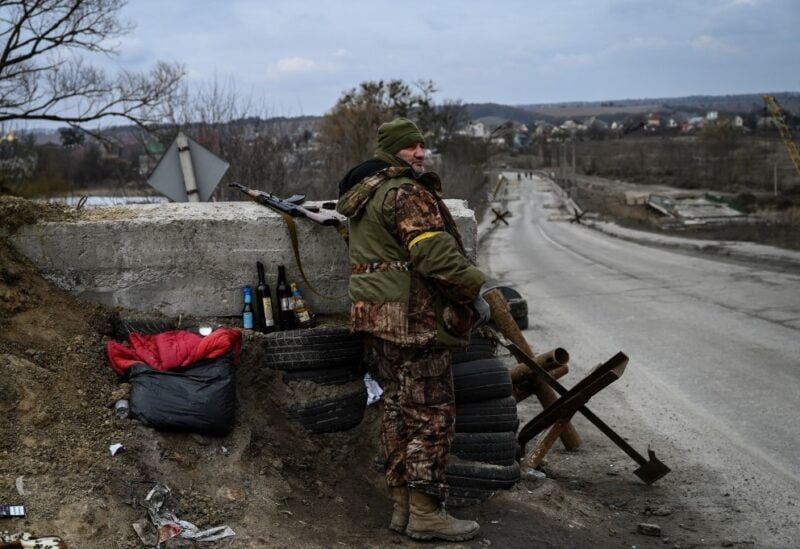 Ukrainian forces advance east of Kyiv as Russians fall back

Ukraine’s troops are retaking towns east of Kyiv, while Russian forces attempting to seize the capital are reverting to overstretched supply lines, Britain said on Friday, in one of the clearest signs yet of a shift in the war’s momentum.

According to the mayor of a suburb east of Kyiv, Ukrainian troops have recaptured a nearby village, and thousands of civilians are fleeing the area in response to the authorities’ call to get out of the way of the counter-attack.

After a month of fighting, Russian troops have yet to capture a major Ukrainian city. An offensive that Western countries believe was aimed at quickly destabilizing President Volodymyr Zelenskiy’s government was halted at Kyiv’s gates.

Instead, the Russians have been bombarding, encircling, and besieging cities, destroying residential areas and driving nearly a quarter of the 44 million people from their homes.

US President Joe Biden was scheduled to visit Poland to get a firsthand look at the refugee crisis, which has caused 3.6 million Ukrainians to flee to other countries.

Battlelines near Kyiv have been frozen for weeks with two main Russian armoured columns menacing the capital from the northwest and the east. But in an intelligence update on Friday, Britain described a Ukrainian counter-offensive that had pushed Russians far back in the east.

“Ukrainian counter-attacks, and Russian forces falling back on overextended supply lines, has allowed Ukraine to reoccupy towns and defensive positions up to 35 km east of Kyiv,” the update said.

Volodymyr Borysenko, mayor of Boryspol, an eastern suburb where Kyiv’s main airport is located, said 20,000 civilians had left the area, answering a call to clear out so Ukrainian troops could push the Russians further back.

Ukrainian forces had recaptured a village from Russian troops the previous day between Boryspol and Brovary, and would have pushed on further but had halted to avoid putting civilians in danger, he said.

On the other main front outside Kyiv, to the capital’s northwest, Ukrainian forces have been trying to encircle Russian troops in the adjacent suburbs of Irpin, Bucha and Hostomel, reduced to ruins by heavy fighting over the past few weeks.

In Bucha, 25 km (15 miles) northwest of Kyiv, a small group of Ukrainian troops armed with anti-tank missiles was digging foxholes. Andriy told Reuters had enlisted to defend the town as soon as the invasion began.

“I told my wife to grab the children and to hide in the basement, and I went to the drafting station and joined my unit straight away,” he said. “My wife and children were under occupation for two weeks, but then they managed to escape through a humanitarian corridor.”